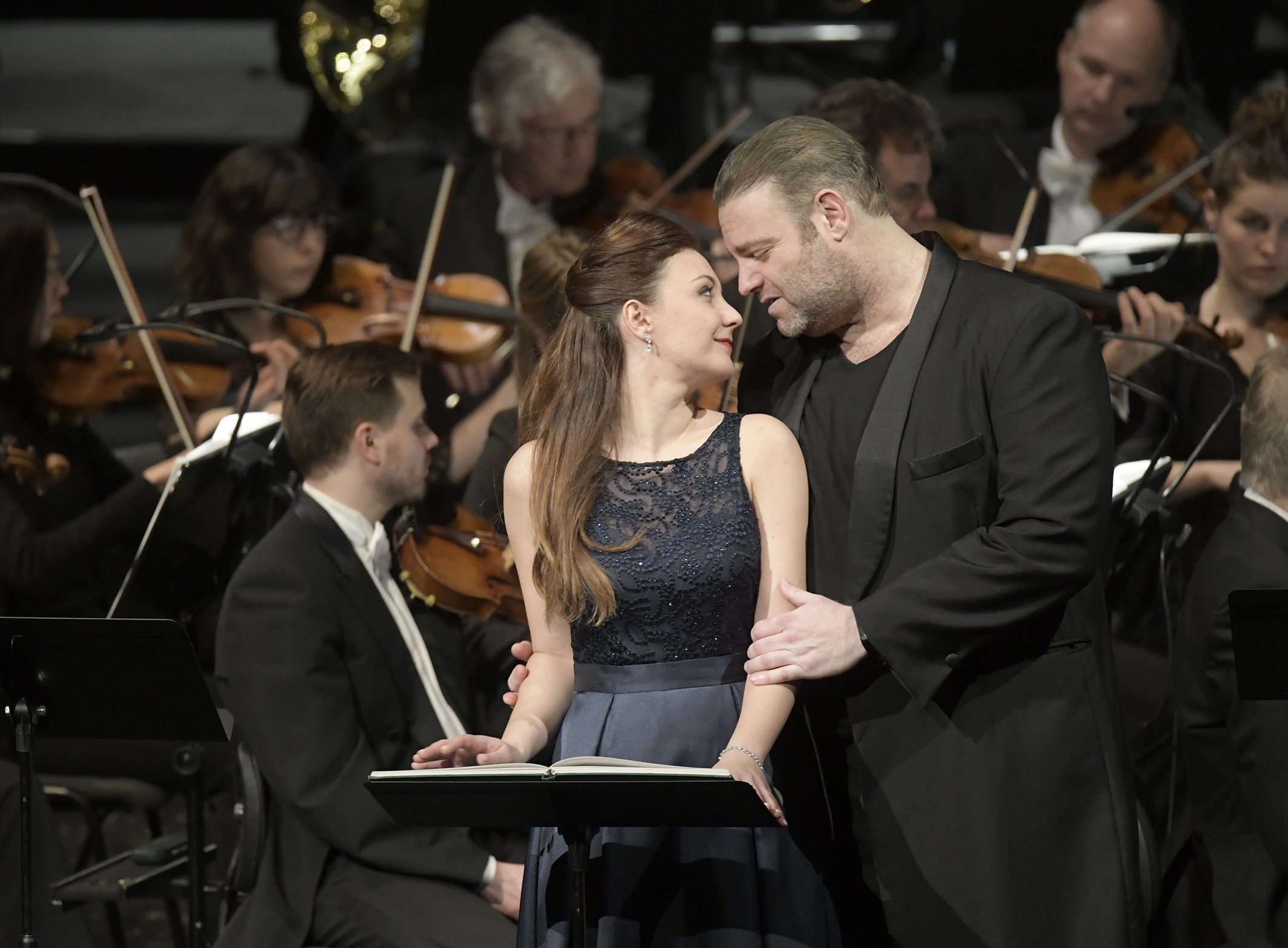 The first time I heard the voice of Joseph Calleja isn’t, alas, entirely clear; my mother, being a great lover of fast-vibrato tenor voices, had any number of beautiful sounds playing throughout the house at any given moment. However, I remember seeing a stunning production of Donizetti’s Lucia di Lammermoor at the Metropolitan Opera in 2011, and both of us being bowled over. Surely we’ve heard this man’s voice before? Surely we need to hear more of it. Surely.

Shortly thereafter we got hold of The Maltese Tenor (Decca), a stellar album showcasing Calleja’s powerfully gorgeous, silvery-hued voice, and suddenly, my mother had a living tenor to swoon over. Calleja, who was inspired to start singing after watching The Great Caruso (with Mario Lanza) as a kid, has what one might called a “throwback” voice, as NPR’s Tom Huizenga has observed.

The ability to control dynamic levels and expressively shade notes and phrases were once techniques in nearly every singer’s toolbox. But we don’t hear as much subtlety these days, and that makes Calleja an especially refreshing throwback to pre-World War II singers such as the suave Tito Schipa and the magical Alessandro Bonci. It’s a reason Calleja is in such demand from all of the world’s top opera houses.

As befits those experiences, Calleja has sung a number of famous opera roles in works by Donizetti, Gounod, Offenbach, and many from Puccini (including Madama Butterfly‘s Pinkerton, La bohème‘s Rodolfo, and Tosca‘s Mario Cavardossi). He’s also sung his fair share of Verdi works (including the famous Duke of Mantua from Rigoletto), but he gets more into the meaty side of Verdi repertoire on his latest album, simply titled Verdi (Decca), released earlier this year. As well as recordings, he keeps a hectic live schedule. After leapfrogging across the Atlantic late last year for performances at the Met in New York (in Bellini’s Norma) and Bayerische Staatsoper Munich (in Puccini’s Tosca), he opened 2018 at the Royal Opera Covent Garden London (again in Tosca) and has gigs coming up in both Monte Carlo and Munich, as well as numerous concert and recital appearances, as well as performances at the Met for their 2018-2019 season. 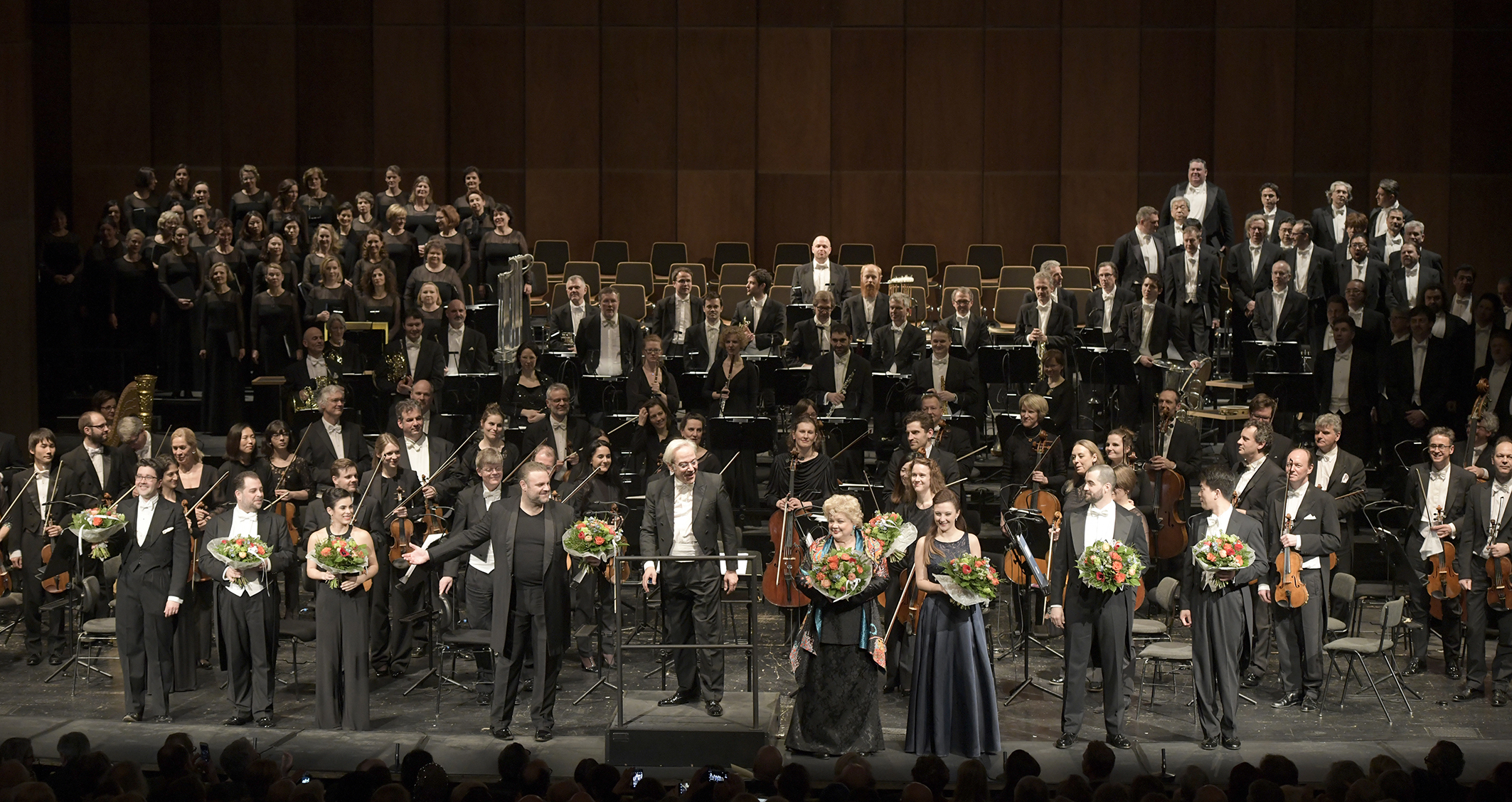 We recently spoke in Berlin, between a pair of concert performances of the rarely-performed opera L’Arlesiana, an 1897 opera by Francesco Cilea, in which he sang the role of the lovelorn Federico. As well as being a debut for the presenting Deutche Oper Berlin, it was also a role debut for Calleja, who soared in his robust approach to the fiendishly challenging score, his reading of the famed aria “È la solita storia del pastore” (also known as “Lamento di Federico”) a mix of disgust, sadness, and deeply felt passion; the unique sweet qualities of Calleja’s voice were used to marvellously dramatic effect, and he demonstrated the utmost control through the soaring vocal passages, pushing, pulling back, coloring and intuitively shading every note with deeply felt emotion. This was singing of the very highest order. In this, Calleja was joined by a truly stellar cast which included famed mezzo Dolora Zajick, soprano Mariengela Sicilia, bass baritones Seth Carico and Byung Gil Kim, and baritone Markus Brück (look for an interview with the German singer here soon!). Maestro Paolo Arrivabeni confidently led the Deutsche Oper Orchestra through a thrilling reading of the musically dense, dramatically intense score.

As you’ll read, Calleja is a man with opinions, on music, comparisons to other singers, and the cost of success. He knows his talent, he knows his voice — and he knows his wine. A throwback to another time, or maybe a singer for the 21st century, Calleja is a special figure who lives firmly within the world of culture. 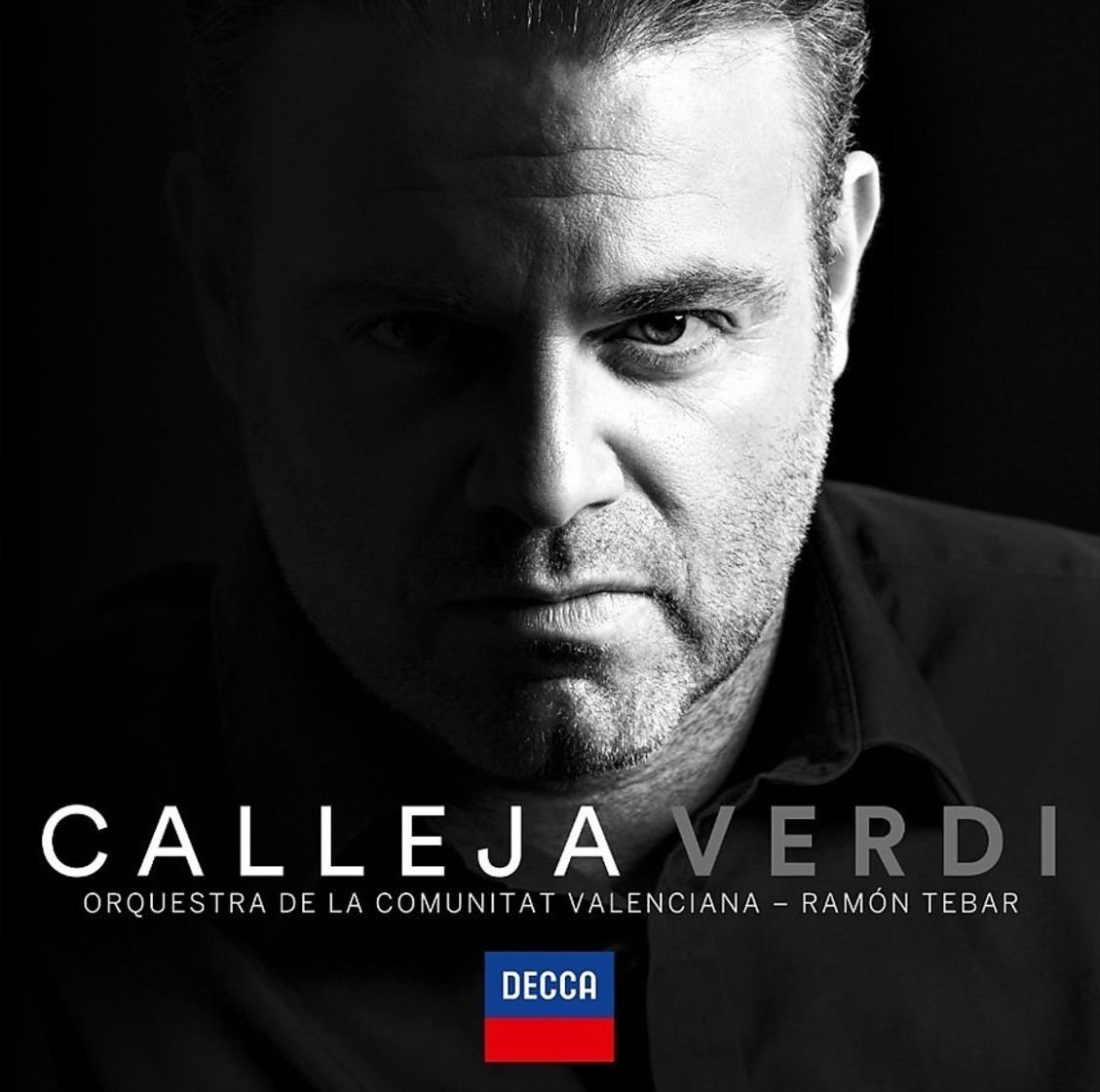 Why do a Verdi album?

There was a discussion between myself, my label and my manager. I signed and recorded when I was like 21 years old, and did a lot of repertoire with all the consequences of that; on The Maltese Tenor album, I did roles from Ballo (Un ballo in maschera / The Masked Ball) and Foscari (I due Foscari / The Two Foscari), so then we looked at the repertoire, and the question of Otello came, and “shall we do it?” They weren’t worried, I was worried! Like, “will the public think I have delusions of grandeur?!” It’s a nice calling card, to see where the voice is today and to revisit this repertoire when I sing it onstage, the Otello especially – that’s in a decade or so. It is a very long-term project.

Yes, a lot of singers will say, “I want to sing this or that, but not right now, I’m not ready, vocally or otherwise.”

Only because with the voice, you have one, and once you have vocal damage, you can’t come back — if you’re lucky and have proper medical care, okay, but I never have, touch wood, In twenty years of singing — I started when I was 19 years old — I never had any serious vocal trauma or operations. I want to keep it that way. I have avoided it by not singing too much, not singing when sick and by not pushing the voice into the wrong repertoire. So I try as much as possible to keep my instrument intact. Of course I have ups and downs, some performances are better or worse than others. The Chinese vase can get a bit dirty but if it’s cracked, it’s a problem!

How did you choose the selections on the album?

We went to pieces I’d never done before and ones I’ll be doing in ten years. I will do Trovatore (Il Trovatore / The Troubador) in five or six years and then move on to Otello, in my early 50s, if the voice does the evolution, and all pointers are that it will. It’s like a great French wine, a St. Emilion for example; certain vintages have the potential to age for twenty-five, thirty-five, even forty-five years, which is exactly similar to the lifespan of a human voice, a classical voice. You can tell with accuracy how the wine will evolve, and how it will end up tasting eventually — it is not 100% but you can do a forecast, and with voice it’s the same. So my forecast is it will make that evolution, but I’ll be singing that repertoire only if the evolution happens and I’m lucky with health and all life throws at you.

So the album is a sort of preview?

Exactly, yes. Some roles I will sing for sure — Verdi said in letters the tenor for Trovatore, Rigoletto, and traviata (La traviata) are the same one, the same type of voice, that’s Verdi himself saying it, so that’s for sure. Aida I think as well.

My mother and I saw you in Lucia di Lammermoor at the Met years ago, and she kept saying, “I want to see Joseph in Aida.” She was no great intellectual musically, and people say that about me also, but…

… I know what I like, and some of that is French repertoire for sure. Is that something you’ll move more into? You’ve done some French opera already.

I speak French, quite fluently, and I love the repertoire, and yes, I have things like Faust coming up, Manon coming up, Werther in the future… in the long-term future, there are roles I’d love to sing, the voice is nicely in the French repertoire as well. Sometimes I pronounce vowels in Italian, I don’t know why, it’s the vocal placement — I do them perfectly when I speak, but when I sing, sometimes I open certain vowels that should be closed. 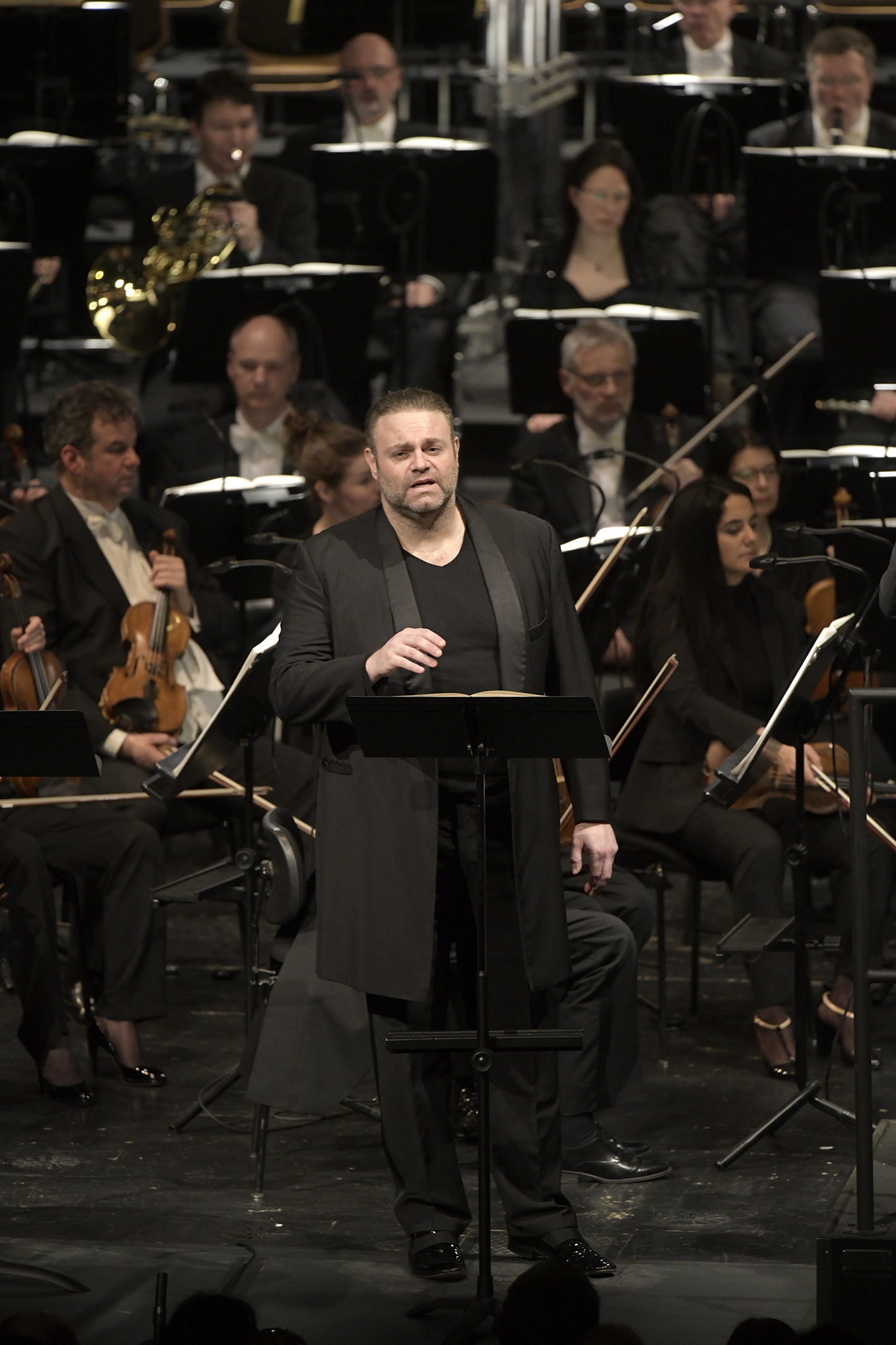 And now you’re doing Cilea as well. What was attraction to L’Arlesiana?

I like sometimes obscure repertoire, I like discovering these gems. I’m not sure how many in the audience here in Berlin knew it save for the recordings, and there aren’t many of those either; on iTunes can only find one, so it’s a nice opportunity to discover it. It’s very fiendishly difficult music! Heavy on the voice, but it’s nice, it’s a gem. Everyone knows the aria of the tenor, but it’s also my 38th role onstage — I’m missing two, one for each year of my life!

You’re young, though. And still there have been many comparisons between you and Pavarotti; how do you feel about those?

They’re flattering for like, three seconds, but I don’t pay heed anymore, because every new singer is “the new Pavarotti” or the new whatever. I take it with a pinch of salt. I would be a liar if I didn’t say it isn’t flattering, it is, of course it is, it’s like telling a young male actor, “You’re like Brad Pitt” — it’s always nice to have comparisons, but it’s taken with a big pinch of salt, and knowing that the more you rise, the more your reputation is held in high regard, the more you have to work to live up to it every single performance, and sometimes you can’t in full because we’re only human, and you can’t be top-quality all the time. In the past it was easier, (singers) didn’t have to deal with Youtube, phones, recorders… 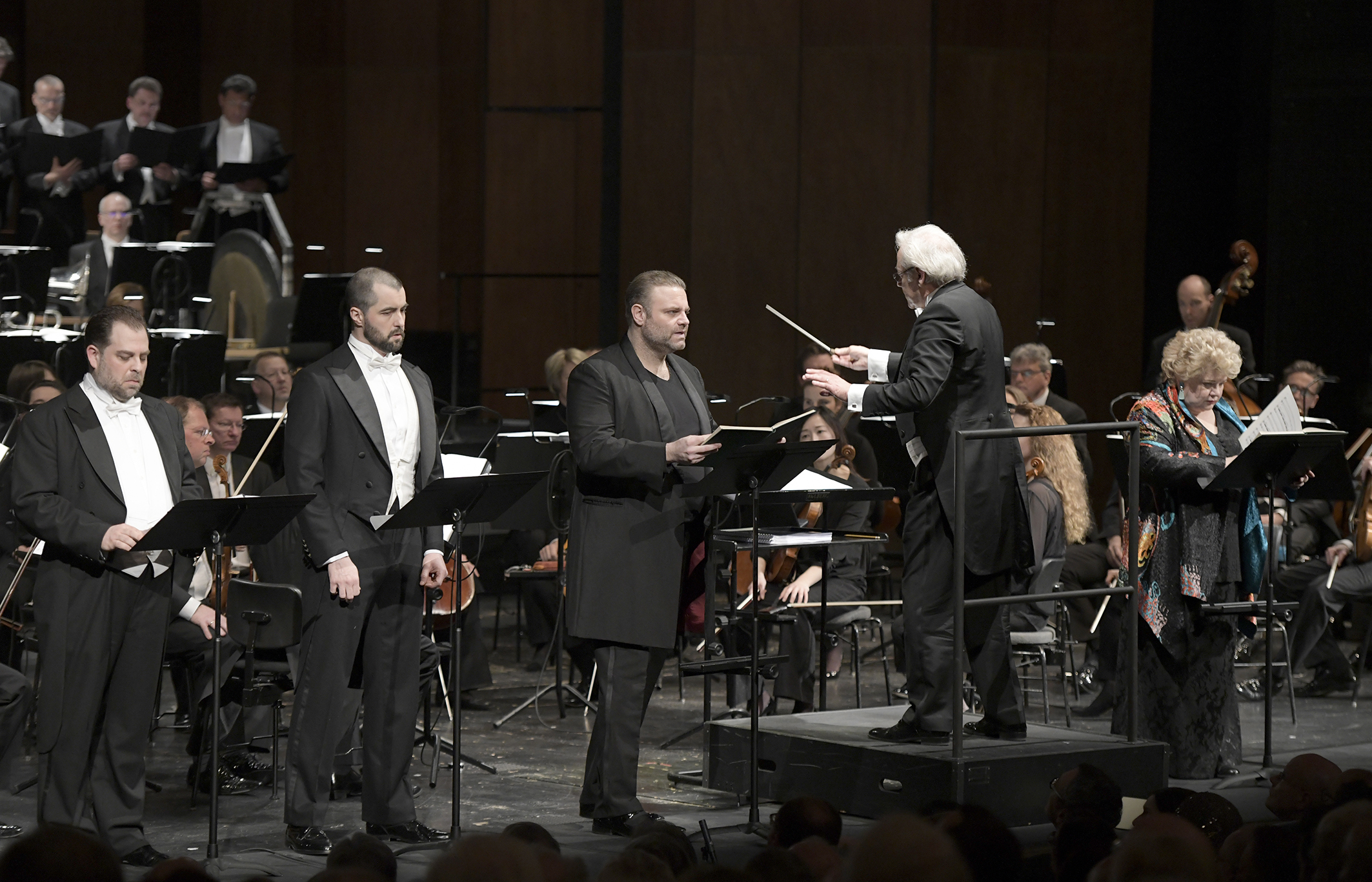 Other singers have brought up that there’s a new level of scrutiny now.

Everybody can record a performance now. I made it a point with my manager not to accept too much work so we do our best to honor every single contract. It is a gift. Some of my colleagues are negative — “oh so many months away from family, all alone!” — yes, but this is what we work for. It’s like an actor, or anyone at a high level: it comes with a lot of privileges but you have to take the bad baggage with the good.

But being a traveling singer with a family has to be a lot easier than it used to be, what with Facetime, Facebook, G-chat, texting…

Exactly my point. It makes it so much easier. This is a privilege, to be able to do this job-slash-vocation, but it is not for everyone. Some people do find… I have to admit, maybe I’m spoiled, the one thing I miss is not going home kiss my kids goodnight, to see their homework, to sleep in my bed and cuddle my dogs. But then again, the diplomat abroad misses that, the soldier misses that — the journalist, the agent, the manager, financial people… success, and the good life, there is always a price to pay.