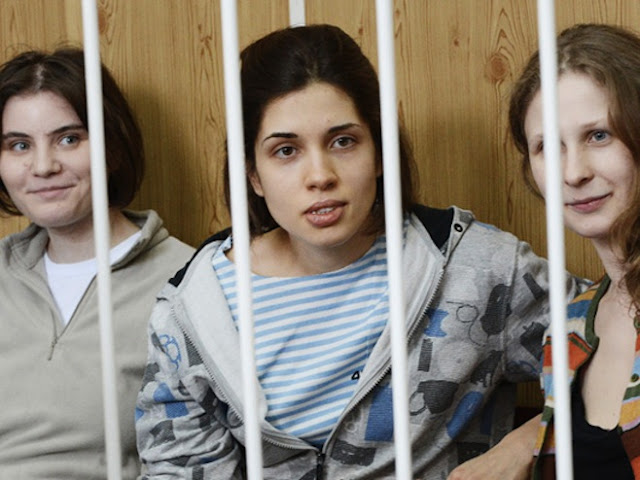 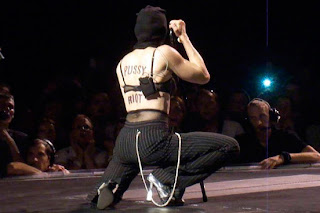 I came across this incredible piece of animation courtesy of my illustrator friend Kit on Facebook, who kindly provided a link. It’s taken from The Beatles‘ Rock Band game. Yes, it seems the Fab Four are everywhere these days, what with videos and box sets, and, from what I can glean across social media networks, a whole new demographic coming to know and adore their enormous -and enormously influential -body of work. Watching this animation, with its combination of running, flying, playing and well… playing, I was struck by the sprightly, fun spirit of the piece, and how it perfectly encapsulates the madness that was Beatlemania.

Equally, I can’t help but look at the footage with confusion and a discomfort. I’m immediately reminded of the masses lined up outside some of Toronto’s swankiest hotels for the past few days. People are breathlessly waiting for some kind of glimpse of a celebrity -a wave will suffice, never mind the pandemonium around a handshake or an autograph. There’s a surreal kind of madness around fame that I do not pretend to understand. Perhaps my own time around the famous and celebrated has jaded me, although, in all frankness, I’ve seen people of all stripes and levels of notoriety at their very best, and at their very worst. When it comes to artists, the guy playing the back room of a dirty beer joint is sometimes more awe-inspiring than the stadium-fillers (and the latter will cop to this, too); the violinist on the subway platform can produce a more transcendent experience than a symphony, a spontaneous piece of graffiti inspire something deeper and more stirring than any framed canvas. I guess it depends on one’s mood, and perhaps more tellingly, perspective.

But at the heart of it, people are people, whether they walk around barefoot or they’re escorted everywhere in Cadillac Escalades. Artists -not ones playing at art or fussing around its edges -are seeking some kind of connection, to a wider world and experience than is easily granted. Does fame water down artistic output? That’s a tough one -one I’m still at odds to work out. Does the public actually want to be challenged? I engaged in a debate around celebrity reporting earlier on my Twitter feed, with Doug Saunders and I both agreeing that, from a journalistic point of view, offering intelligent, insightful reportage is harder than ever (though if you’re looking, check out Lynn Crosbie, who is one of the best). The Beatles manifest in cartoon form is, on many levels, a keen commentary on the nature of popular perception around fame -we like our heroes two-dimensional, don’t we? Don’t make a mistake, don’t get too weird, don’t be political, and talk in a language we all get. (The whole “Dammit, be normal and stop the weird crap, you’re one of us! / Dammit, you’re so awesome and stratospherically awesome, you’re not like us!” dichotomy is a whole other argument, and perhaps, future blog post.) The fact you can now play along with The Beatles, and thus claim your own little slice of Beatles-dom, makes it even more interesting, twisted, and surreal: “You too can be Paul, John, George or Ringo… just press a button!” Forget practise and craft. Pffft. 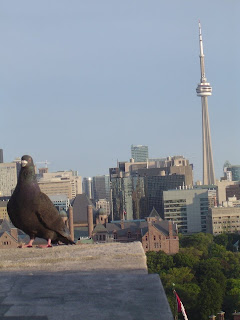 For me, artists -the ones I really admire, am challenged by, and who open up ways of perceiving existence and point at (indeed, celebrate) the world in all its maddening, chaotic horror/splendor -they aren’t two-dimensional (even if some choose to take that by-now-tiresome ironic pose, or play that damn role into the ground -especially annoying if you know they’re actually interesting). In the same vein, I don’t buy the airbrushed version of celebrity. I don’t want to. Messy, human, faulty, wrinkly, fat, grey and ridiculous: kind of like the rest of us, only with flashbulbs, sharpies, Whole Foods and questionable taste.

I’ll be on the Park Hyatt‘s roof shortly -not because I want to meet any celebrities, but because it’s simply one of my favourite spot in Toronto, and I want to enjoy the September sunshine while it lasts. If anyone wants a chat, famous or not … you know where to find me. Leave the cartoon-you on the street below.