Tag: I Sing The Body Electric

Here I am, almost seven months since my last blog, writing about the word “slut.” It’s strange, what passes for writing inspiration these days, especially since I promised in the past I’d be doing less personal-life-issues blogging. But, this word, and its usage, occupies a strange place in my mind.

Perhaps I’m blogging about this now, at this time, as I undergo some radical life changes, assessing and re-assessing the role authenticity plays in my life, and how sexuality is key to embracing that authenticity in a more complete and satisfying way.

Sex columnist Dan Savage’s response to a young woman being called a “slut” hit some buttons, mainly because I have been called the same thing, by a woman who is friends with my mother, no less. it wasn’t said in front of me, and perhaps I wasn’t meant to ever know of it, but, it didn’t surprise me, to once again be called “slut,” especially by another woman.

In dealing with female friends in the past, I used to feel a particular pressure to cover up, dress down, go shapeless, never be too revealing. That was thanks to a youthful lack of self-confidence in my appearance, but it was also a way to fit in with my chums’ idea of how females “should” look: no bare shoulders, no decolletage, always tasteful and subtle. There was still glammy makeup and vampy nails, and a growing passion for lingerie. Like the veiled ladies I used to see buying hoards of lacy knickers in Harrod’s years before, I felt I had a fabulous secret to savor hidden underneath the high-necked velvet tops and long skirts.

Gradually, I began to bust out of the mold. I attended a concert in the late 1990s wearing a tight, low-cut, vintage halter-dress; the concert wasn’t great, but boy, did I feel good, powerful even. Such boldness complemented an already entrenched taste for literary erotica, sensuous writing, and the naughtier side of history. That’s to say nothing of how much bellydancing aided in recognizing and embracing what God gave me too. Such pursuits helped me gain the confidence to claim my womanly body as my own, to express the person it contains, outright, -through dress, through manner, through every single visual and aural element shrieking “AUTHENTIC” loudly, proudly, finally. I realized the absurdity in dressing -and thinking, speaking, choosing -just to make other people comfortable. 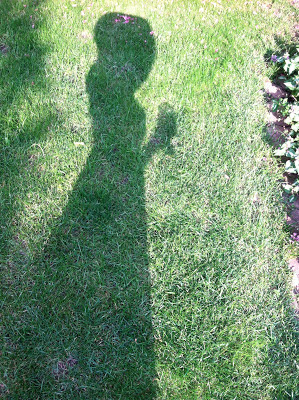 None of this is to say I don’t believe in work-appropriate wear (I do), or that I don tube tops and micro-mini skirts daily (I don’t) -in fact, I’m typing this in jeans and a t-shirt. But stepping out in public still, inevitably, frustratingly, invites judgment: Your jeans are too tight; your top is too low. (Never mind that I’m wearing bare-bones-makeup and tiny stud earrings.) Perhaps it’s the nature of human beings to judge, maybe it’s our madly media-heavy, super-connected world making things worse (those “things” mainly related to the business of cultivating female insecurity around looks). Maybe it’s that depressingly common female competitiveness rearing its ugly head. Does the awareness of such human fallibility make it okay to call someone a “slut,” a woman who’s taken years to come to terms with body, soul, flesh, spirit, and all the mixed twisted vital veins pulsating, glowing between them? Why this desire for a slut and a saint, at once? A vixen / mother? A seductress / soother? Peacemaker / homemaker?

Choice is a funny thing, and sometimes it’s in embracing choice fully we court the snap judgments and narrow perceptions of others. It’s stunning, and sadly unsurprising, to be called a “slut”in 2013. Dan Savage suggested such the use of such a term is rooted in jealousy: she’s getting laid, you’re not, how shitty. The reality is more simple than that, I think: even if you’re not technically getting laid, if you look like you could, conceivably, be perceived as somehow sexually desirable (and the assumption is almost always to men), boom, out come the knives. One has to, as Savage suggests, take the mindset of, “who gives a shit what those bitches think?” Right. But I wish they didn’t have to be bitches. I wish things weren’t set up thusly. I wish I could have more pity in my heart, more consistently, for those who close their minds and hearts to others. Walt Whitman puts it a bit more poetically in I Sing The Body Electric:

Womanhood, and all that is a woman, and the man that comes from woman,
The womb, the teats, nipples, breast-milk, tears, laughter, weeping, love-looks, love-perturbations and risings,
The voice, articulation, language, whispering, shouting aloud,
Food, drink, pulse, digestion, sweat, sleep, walking, swimming,
Poise on the hips, leaping, reclining, embracing, arm-curving and tightening,
The continual changes of the flex of the mouth, and around the eyes,
The skin, the sunburnt shade, freckles, hair,
The curious sympathy one feels when feeling with the hand the naked meat of the body,
The circling rivers the breath, and breathing it in and out,
The beauty of the waist, and thence of the hips, and thence downward toward the knees,
The thin red jellies within you or within me, the bones and the marrow in the bones,
The exquisite realization of health;
O I say these are not the parts and poems of the body only, but of the soul,
O I say now these are the soul!