Susan Coyne: Her Own Peer 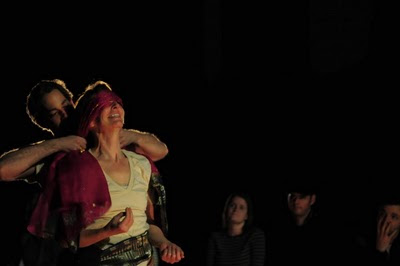 There are some plays I’m absolutely drawn to, Hamlet being a notable example. I love the haunted nature of the title character, the complicated nature of his relationships, and the ways he deals with (or avoids) various elements thrown up at him. Like Hamlet, Henrik Ibsen‘s Peer Gynt has a compelling main character and a complex set of relationships -but the big difference is the sprawling, massively ambitious storyline. Most people associate Ibsen with serious, hard-edged reality-based works like Hedda Gabler and The Master Builder. Yet before these works, Ibsen wrote his five-act play in verse, and, to quote one critic, “in deliberate, liberating disregard of the limitations that the conventional stagecraft of the 19th century imposed on drama.” Wow. Ambitious? Yes. Brave? Yes. A little bit crazy? Perhaps.

Indeed, Peer Gynt has presented its fair share of challenges in live production; many versions are long, or else condensed so thoroughly that they risk losing their original Norwegian folk flavour. Ingmar Bergman helmed a five-hour version in 1957 (and didn’t use the famous Grieg music named after the work), while Christopher Plummer presented a radically-reduced concert version in 1993 (and did use the Grieg music, natch). There’s a myriad of reasons the work is so challenging: numerous location chances, an enormous cast of characters, and fantastical elements that reference fairy tales, religion, and the nature of time itself. Like I wrote, Peer Gynt was, and remains, ambitious, brave, and a little bit crazy.

So it was with much intrigue that I recently looked over a press release for a new, streamlined production of the work, staged by The Thistle Project; adapted for two actors by director Erika Batdorf and the company, the production features playwright, actor, and author Susan Coyne alongside Thistle’s co-founder Matthew Romantini. I wanted to find out Coyne’s ideas about this unique work, perhaps in the hope that she’d be able to furnish me with a little more clarity in trying to understand the nature of Peer. I soon learned she brings not only an actor‘s dedication and commitment to the role, but a writer‘s intuitive understanding of the language, and how it informs the visual elements within the work. The Thistle Project’s production of Peer Gynt promises to be one of the most memorable experiences of the Toronto theatre season this year.

How do you approach the role? You’re playing what some might characterize as a “typically male” role. What is it about Ibsen’s hero that ultimately renders him genderless?

The character is very male in the traditional sense and we aren’t changing that. However, I”m not playing him in drag. I like to think it’s similar to what actresses quite often did in the nineteenth century- playing the “breeches part” without having to explain why. The play reveals new facets when you can get away from some of the off-putting surface elements of Ibsen’s original script (which was probably not written to be performed at first)- like the character of Solveig, who seems a kind of caricature on the page. (She is) the maiden pure who waits her whole life in a castle tower for her hero to return to her. What attracts me to Peer is his energy and his imagination. He’s a dreamer and a doer, though he lacks the capacity to look at himself and his actions. 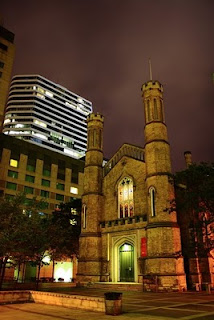 By producing it in a church, there is a lot of spiritual background brought in. Intentional?

We wanted to do the play in a non-traditional space. Again, this is a way of looking the play from another angle. The play has a very spiritual core and we wanted a space that would provide it with a kind of resonance- as it happens we found one in the Church of the Holy Trinity, which is a beautiful space with a very progressive history and deep roots in the downtown community where it sits.

How does the movement-based, experiential nature of the piece complement Ibsen’s writing?

Peer Gynt is very unlike the plays by Ibsen that most of us are familiar with: A Doll’s House, Hedda Gabbler, Ghosts. It is a kind of folk tale, very earthy and wildly inventive and mixing all kinds of styles of theatre. So we are doing the play with only two actors, me and the brilliant Matthew Romantini, who plays every other character.

How much of your own writing background helped in the streamlining of the work?

Erika Batdorf is the real force behind this adaptation, which involves cutting a play down from about four hours to something like ninety minutes. She knows the play intimately, and has been involved with several productions, and lived with it inside her for many years. The rest of us have had a hand in reworking bits and pieces as we’ve found some stumbling blocks in the text. What does Peer Gynt have to say to us in the 21st century?

First of all it’s a very entertaining story, and surprisingly funny. It is the story of Everyman‘s journey through life- the struggle between our flawed, selfish, human desires and the part of us that might be called our higher self- the self we seldom allow to have the upper hand. I think it’s an old, old tale, and one that never goes out of style.

Peer Gynt runs to February 21st at Toronto’s Church of the Holy Trinity. More information is at the Facebook Event Page.