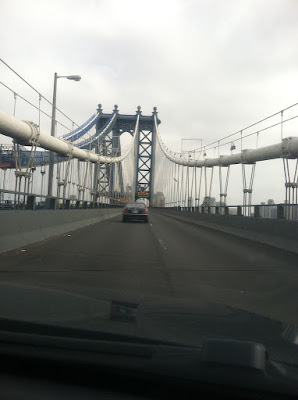 First, the obvious: I’m not accepting being away from New York. I vacillate between despair and hope with a dizzying rapidity. That doesn’t mean I’m not taking pleasure in small things here: I’m riding my bike to a local job, and the sight of a cardinal-couple flitting around the greenry of a garden is quite lovely. Easy access to a BBQ, a terrace, and a posturpedic bed are excellent. But here is not New York. And I miss the stinky, hot, frustrating massive mess of it all. To say I’m sad I left behind my life there would be a gross understatement; I want late tequila nights and prosecco-filled afternoons and fragrant green-chili early evenings and blinding rooftop July 4ths and the busy buzzy ball-breaking brilliance of Times Square at 2am. Becoming accustomed to isolation and inertia … is not an option.

It’s taken me a while to get back to writing, but return I have, however haltingly. I’ve been ruminating all week on what to write about the London riots. It’s one of my favorite cities, and indeed, was one I called home between 1999-2000. Russell Brand’s intensely smart, well-written essay for the Guardian expressed a lot of important things, and Dave Bidini’s similarly-insightful piece for the National Post has created new quadrants of thought in my exploration into the meaning of this whole affair on both personal and political levels. I”ll be posting a piece on the riots soon.
For now, musings on transportation, or more specifically, the Awfulness Of Buses And All They Represent. It was sad to wake up, refreshed and fuzzy-haired this Saturday morning, and to discover, amidst my deliciously unhealthy plateful of bacon and eggs, the truly tragic news of a crashed bus. According to Gothamist,

A Greyhound bus travelling from NYC to St. Louis overturned early this morning on the Pennsylvania Turnpike, injuring over two dozen people. One woman was briefly pinned underneath the bus, and at least 25 of the 29 passengers were injured; three of the injured were transported by air to nearby hospitals. According to Bill Capone, the Turnpike’s director of communications,”The bus overturned and we don’t know what caused it. According to the state police, no other vehicle was involved in the accident.” 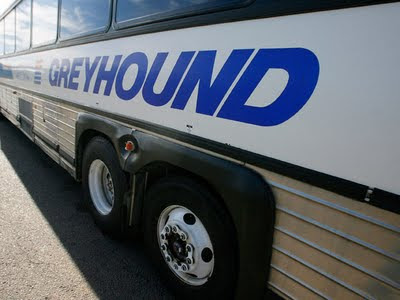 I will never, ever forget my bus ride down to New York. I’d taken it many times in the past, as a much younger woman, but hadn’t done any long-haul travel on one until this past March. The trip through the dense, scary darkness of Upstate New York was made all the more frightening by lashing rain, strong winds, and, dauntingly, a bus driver who seemed to be trying out for the Grand Prix Monaco (or is that Montreal? Or Daytona, perhaps?). The whole “we-don’t-know-what-caused-it”-dance doesn’t fly after experiencing that kind of hair-rising ride. My heart was in my throat for much of the bumpy, noisy, rough overnight journey.

Amidst the terror, there were some fascinating observations to be made, especially around the people who chose to (/had to) use that mode of transport. The bus was filled with people of all ages, races, backgrounds, who busied themselves texting, reading, sorting through business cards, and making phone calls to loved ones, assuring them they’d “be there soon” and talking about their work days, an earlier job interview, asking after children, asking about neighbours and bills and entirely normal stuff. They struck me as hard-working, exhausted, and stuck in a system where economics forced them onto the cheapest route possible, safety be damned. 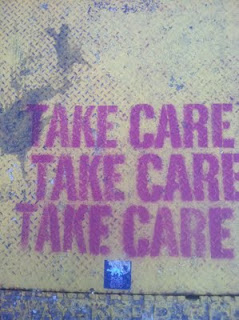 Is this is the price of a job in America 2011? I could help but think of that terrifying ride, with guts and nerves and blood churning in some sickening mix, as I read this morning’s sad report. Was it just a sad, simple accident, or a darker sign of troubled times? Again, Gothamist reports that “The westbound bus had stopped in Philadelphia and was to stop again in Pittsburgh when it overturned just after 6 a.m” -so it like the ones I took, was an overnight bus, perhaps full of people looking for work, going to work, visiting relatives, returning home. The basic horribleness of the American economy was one of the reasons I returned to Canada; job-seeking is impossible in a place where people are willing (/encouraged) to work for free just to avoid unemployment prejudice. The litany of recent bus accidents (tourist ones included) makes me wonder if they’re mere accidents or larger symbols of a changing America.
Struggle is an idea people think is noble -unless it happens to be you doing the struggling. Then it’s gross, and f*ck you if you ask for all the checks and balances to be made in order for you to stay healthy and productive. As Jon Stewart so aptly put it Thursday night, “Here’s the problem with entitlements: they’re only entitlements when they benefit other people.” Struggle is easy to label as “noble” and “brave” and “ballsy” when you’re not the one doing it. And struggle doesn’t change just because location might. America is changing, has changed, will continue to change -just like life itself. The wheels haven’t come off, but I’d recommend careful driving. The road ahead is slippery. Sometimes slower is better.
Photo credits:
Greyhound photo (middle), QMI File Photo.
Top and bottom photos taken from my Flickr Photostream.