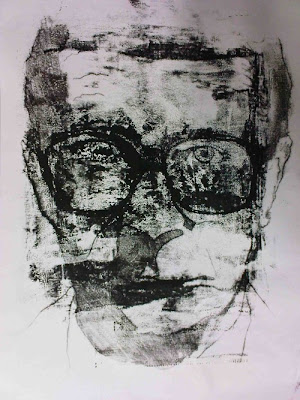 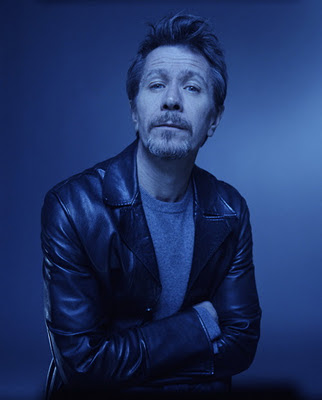 Like many, I’ve questioned why the Academy Awards -or indeed its poorer Golden cousin -haven’t recognized Oldman for his work. He said on NPR Fresh Air recently that he thinks of himself as a “character actor” more than anything, which is a huge shame. Could a character actor so beautifully personify John Le Carre’s quietly complex spy? Come now. Tinker, Tailor, Soldier, Spy is a slow-burn sort of work. Its passion is whispered, not declaimed, in the most adult kind of way. Much has been made of how “quiet” Oldman’s performance is too. Yet don’t confuse that term with “small”; his Smiley is as grand and fiery as anything else he’s ever done over the past three decades. It’s an inner sort of flame, the sort you can see running across his probing blue eyes when Smiley carefully takes his morning swim, each stroke a calculated piece of focus and concentration. We sense the innate heartbreak Oldman’s so excelled at portraying onscreen in the past, when Smiley catches his wife being unfaithful with a co-worker: the gaping mouth, the stunted breath, the wide eyes and wild blinking. We sense that fierce passion when George takes a seat in the film’s final moments, straightening his shoulders, jutting out his chin ever so slightly, the merest hint of a smile crossing his lips. You want to shriek at the perfection of it all.
As it is, I’m left, at the end of today, wanting to shriek with joy over that nomination, and yet quietly taking a few deep breaths of joy, contemplating that genius might, just might, be recognized by the popular kids. Some of us think it’s about time.
Top illustration by Matthew Brazier. 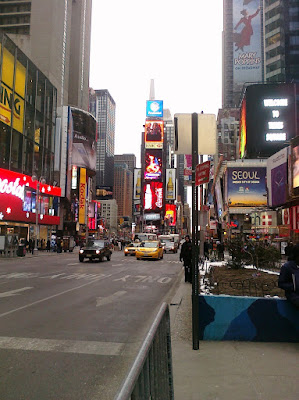 Peeking out the tiny window as the airplane made its way into Newark International Airport, one thought struck me: ew, brown. A large brown haze hung over the New York skyline. Yet another thought: get used to it. Buck up.

As I knew would happen, I wanted to do everything the minute I left the airplane. Going at near-sprint speed through Penn Station with baggage in tow, I quickly hailed a cab and… boom, there I was, in the thick of Big Apple traffic. Traces of the big December snowstorm were still in evidence, with curbs and corners white and icy. People were everywhere. The noise, colour, lights, and textures were a lot to take in, even as I tried to place where I was and my cab driver tried to figure out the best way to get me to my destination in Soho.
After grabbing a bite at the handily-close Dean and Deluca (ridiculous, delicious, nutritious), I made the predictable visit up to Times Square, turning onto 44th Street to visit the much-loved Belasco Theater. It was there, in 1995, that a good friend and I spent many breathless hours sighing and marveling at Ralph Fiennes’ Tony-winning performance of Hamlet. Directed by the super-fab (and super-nice, as I recall) Jonathan Kent, the show remains a favorite production of a very famous play. My friend and I got up to much mischief that hot July. Not visiting the area feels like sacrilege. I go to pay homage to a time, a place, to ghosts still very much alive. 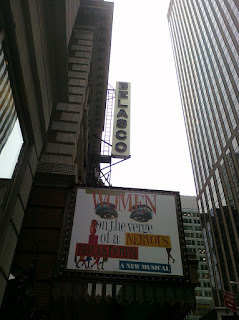 A worker at the theater gave me a small smile as I clicked a photo outside. I always think people who work at old theaters during active shows must realize they’re working in an environment where people have memories -not just the theater crew and cast, but the audience, or even non-audience. Buildings have ghosts. I heard the Belasco had a real one. Hmmm. All the old theaters up around Times Square feel haunted by past voices, spoken onstage and off, and by the shenanigans that occur in any kind of creative pressure-cooker environment. They’re not the kind of ghosts I fear so much as appreciate. I’m going to BAM tonight to see the Abbey Theatre’s production of Borkman featuring Alan Rickman. More voices and faces from long ago and/or near-and-present? Probably. Sensing that kind of thing adds so much to the experience of live performance.
It was both a past, a present, and a very determined future I sensed colliding at lastnight’s genius performance at Zinc Bar, however. Whether it was design or chance that allowed this to happen I cannot say, but I’m grateful for this so-called “New York moment” nonetheless. The last-minute set, featuring super-musician Eric Lewis, was only announced via social media on Sunday; when I read it, I may have shrieked a little bit (only the dawg knows for sure). Lewis is a huge, huge favorite of mine, and this appreciation, bolstered by a music-loving friend’s appreciation of his work, made me go deeper into Lewis’ work and his approach to his art. I’ve seen the videos, heard about the White House performance, and follow the Facebook and Twitter updates. It goes without saying, though, that nothing compares to seeing the real thing, live and up close -especially in a cozy Greenwich Village club that calmly whispers “cool” the minute you walk down the stairs and through the door. 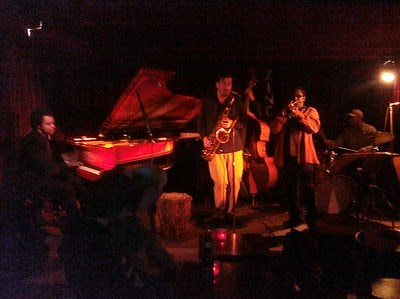 Opening with a raucous, rolling version of Wayne Shorter’s aggressive “Pinocchio“, Lewis, accompanied by the super-talented Ian Travis on bass and Ali Jackson on drums, delivered a performance both astonishing for both its technical virtuosity and emotional resonance. With a range of facial expressions and body signals, Lewis matches his muscular, passionate musical output with expressive physicality that borders on theatrical (in a really good way). Utterly lacking in pretension, Lewis smiled shyly and gave his bandmates equal time to shine. Tellingly, he patiently endured the microphone and sound glitches as he spoke between the (lengthy if enthralling) numbers, telling the enthusiastic audience about the composition of his bouncy original “Puerto Rico“, written in the very location some years ago over “many, many emptying Heinekens one night between 2 and 7am.”
Bouncing between an endearingly lionine sexiness, demonic bug-eyed determination, and toddler-esque wide-mouthed joy, Lewis emanated a vivacious, infectious energy -one that continued (and expanded) even with his invitation to trumpet player Marcus Printup (who was seated in front of me) and saxophone player Karel Ruzsicka Jr. to join him at various points throughout the set. It became a fascinating conversation between instruments and musicians used to blending colors, textures, and timbres with ease. 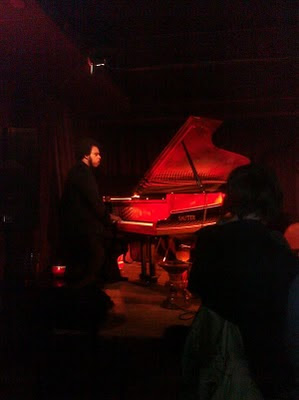 Lewis’s beautiful interpretation of Michael Jackson’s “Human Nature” was given a tasty little spin, as well a grandly sprawling version of Breaking Benjamin’s “The Diary Of Jane.” Lewis beautifully captured the dual nature of Jackson’s paean to sensual humanity; by turns sexy, dreamy, and jauntily rhythmic, he drew out its soul-meets-jazz-meets rock hybrid nature, milking, mocking, and worshipping the creation even in its conception, slowly, slyly sculpting something sonically new, daring, and thrilling. With “The Diary Of Jane”, the former Lincoln Center Jazz Orchestra pianist captured the tune’s original emo bite, adding in crunchy piano power chords and aggressive harmonics that were positively symphonic in their sweeping majesty. The term “breathtaking” feels too mild; at times I would notice my mouth hanging open, my hands clutched together, my eyes bugging out. I think I may have drooled at one point. Vanity took a firm backseat in the presence of such gargantuan artistry.
By the time Lewis got to his rock-jazz version of “Sweet Home Alabama” (the evening’s closer), he looked as if he’d run a 10K marathon; with sweat pouring off him and a wide, broad grin, he confidently pounded away on the keys, solo this time, conjuring the soul of Ray Charles, the sass of Jamie Cullum, the cool of Thelonius Monk and the outright rockingness of… Jimmy Page.
What a marriage. What a night. What a bunch of noisy ghosts. What a city.
And there’s more to come, I’m sure.