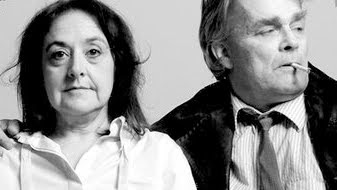 There’s certainly plenty of great drama out there lately.

If you’re in London, there’s the Tony Award-winningAugust: Osage County. New York has the recently extended one-man show Taking Over, while Chicago has Lynn Nottage’s Ruined. If you’re in Toronto, there’s no shortage of goodness either, with the disturbingly brilliant Festen running into next week, and Frank McGuinness’ timely (timeless?) Someone Who’ll Watch Over Me opening this Saturday.

But oh, the best drama for us Canucks right now is in our own Parliament. The drama! The speeches! The fist-shaking fury! It would all be very entertaining, if it weren’t also real. Ouch. The best part is the level of engagement it’s provoked among average Canadians; considering our last election saw some of the worst voter turnout rates in electoral history, being a part of something so starkly different in terms of mood and passion is… refreshing. The downside is the deep cracks in unity the Ottawa drama is revealing to all of us. Forget the “one” part; we’re just simply “not the same.” Or so we’re being told.

Objectively interesting as it all may be, the cause of national unity isn’t helped by our politicians giving deeply dramatic, occasionally hysterical Bernhard-meets-Kean performances. Makes the fuss over the use of a real skull in an RSC version of Hamlet seem tame by comparison. Then again, I can think of a few people who feel as if their own skulls have been bashed around, watching the frantic arm-flapping of Canadian politicians over the last week. I can only hope there’s a great playwright (or two) watching, listening, and writing. We’re going to need someone to make sense of this for us, and I can’t think of any other way to see it, other than a dramatic presentation in the theatre. If Frost/Nixon taught me anything, it’s that human behaviour is often at its most desperate and revealing when put through the fire of politics. Stay tuned for it: Harper Hears A Hoard, on tour soon.