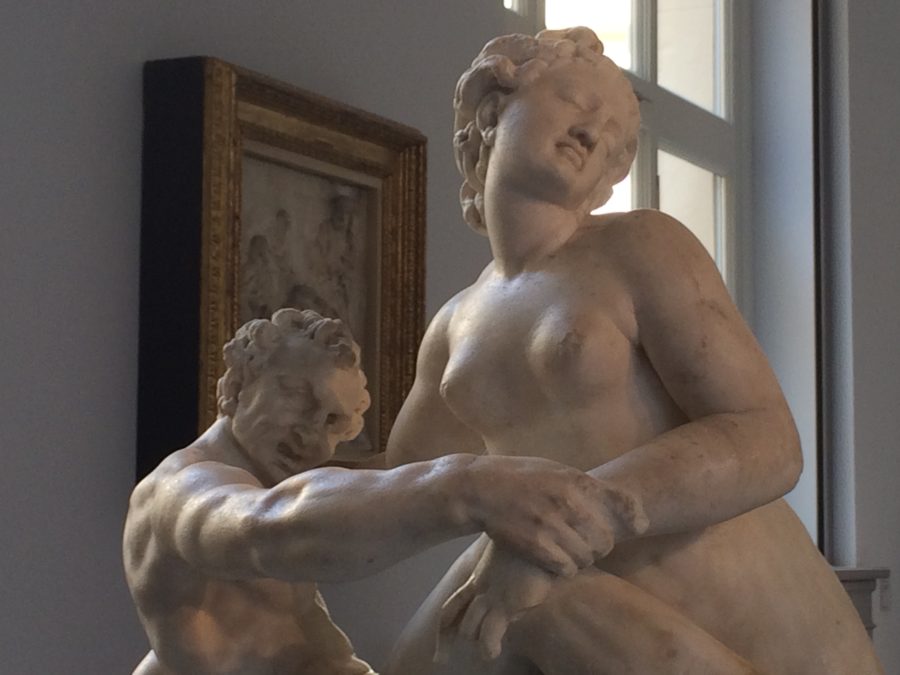 Essay: “She Had A Choice”

Today’s news about Placido Domingo was shocking to some and not to others. I spent much of the day pouring over various reactions, curious to take the temperature of the online classical world. What was and is most striking throughout various forums I read has been the divisive nature of the comments, sharply moving between “finally” and “bunch of lying opportunists.” Addressing this in writing offers a rumination on something I’ve not commented on very much publicly. I’m not one to shriek about anything on social media (those who know me know I do that enough in-person over anything I feel strongly about), but with news of one of the most famous living opera figures being accused of sexual harassment, the time feels nigh, and so.

I met Placido Domingo as a wide-eyed child who was pulled out of school to attend a record store one blustery Toronto afternoon. My mother smiled graciously when it came to be our turn. I only later understood the looks exchanged between the tenor and my starstruck (if very beautiful) mother. He told me to “study hard” and off we went. Years later my mother and I would watch Three Tenors concerts now and again, and after her passing, I got to see Domingo myself, in a concert version of Thais at the Salzburg Festival, and later in Macbeth at LA Opera. In any business the reality of transaction is part of overall functionality; scratch my back, I scratch yours. Within the arts world there exists, with equal if not greater presence, a spirit of what I’d call relationality, where the bonds of positive relationships power much of what is experienced within a live performance, in opera or in concert. Those relationships are, quite often, sacred things, creating webs-within-webs of connectivity between artists, administrators, musicians, designers, directors, managers, dramaturgs, répétiteurs, and the many, many others who help to make classical things happen. Transactionality, and more vitally, relationality, create a frequent blurring between art and life, a blur which often manifests itself in some of the most magical and unexpected ways, but within that world, there are barriers people (professionals, that is) know not to cross. Others – those in positions of power – step over the lines without a second thought; they know they can. Power affirms a feeling of impunity, entitles poor behaviour, highlights narcissism. When your norm is applause and adoration, you don’t care about blurring lines, because the rules don’t apply. This, of course, is where abuse happens. 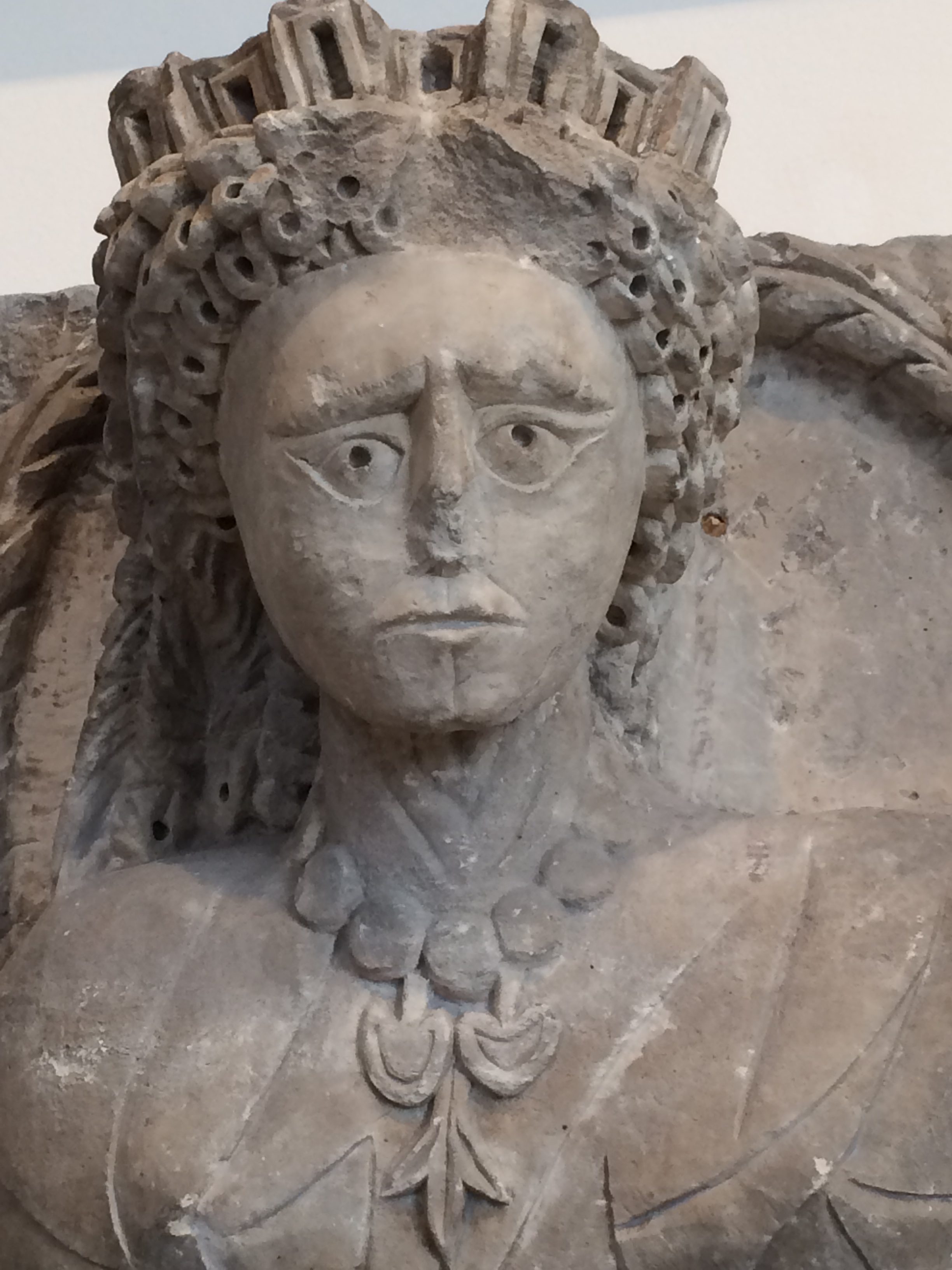 Those who’ve been shrieking about opportunistic ingenues tend to point directly at Instagram as evidence of their claims, and while one might suspect any number of young artists would happily go to some effort to meet such powerful (and obviously useful) men, in this age of carefully curated selfies and meticulously groomed feeds, yes, sex sells, and always has; the classical world is not immune. (In working on a story about Instagram and opera last year, one friend commented that the platform has become “one giant competition to see which ingenue can pout the hardest –never mind the singing.”) It could be reasonably said that young women in the arts are more empowered than ever when it comes to presenting the image they wish the world to see; there are others who claim they’ve experienced instances of ingenues coming on to those in power (directors, conductors, major leads). I would argue such instances are perfect examples of women feeling they need to play into a male-gaze game for professional advancement. But, you may say, isn’t that how the world works? My question is, why should it have to be in 2019?

In my own younger days, I was agog at any attention from men whose work I enjoyed; they were indeed gods to me. (One of Domingo’s accusers speaks of him in similar terms.) Yes, it’s dangerous to put people on pedestals, but it happens with predictable regularity in the arts world, and it can be hard to see our heroes as fallible beings who are capable of screw-ups, let-downs, and generally terrible behaviour. When I was the receiving end of some flirtation by a famous man in my 20s, I remember being flattered, stunned, bewildered (“he’s paying attention to little old me?!“) – it was a sort of high I didn’t want to come down from. I did not possess the maturity or self-confidence to be able to discern whether or not such attentions were appropriate or sincere; I only knew it was exciting, addictive, and good at quelling the blizzard of negative inner voices, all of them crying for validation. If such validation happened to be coming from the object of worship… what better thing? I felt I was getting ahead; I felt, as a twenty-something stuck in a series of dead-end jobs, I was finally progressing. I felt the true me was being heard, seen, accepted, celebrated.  Of course, it wasn’t the “true me” at all that was being recognized but the part handy to the powerful man. I gave away a version of myself, quickly and freely, in exchange for the validation I thought I needed, the feeling of advancement conflated with acceptance and affection with equal determination. 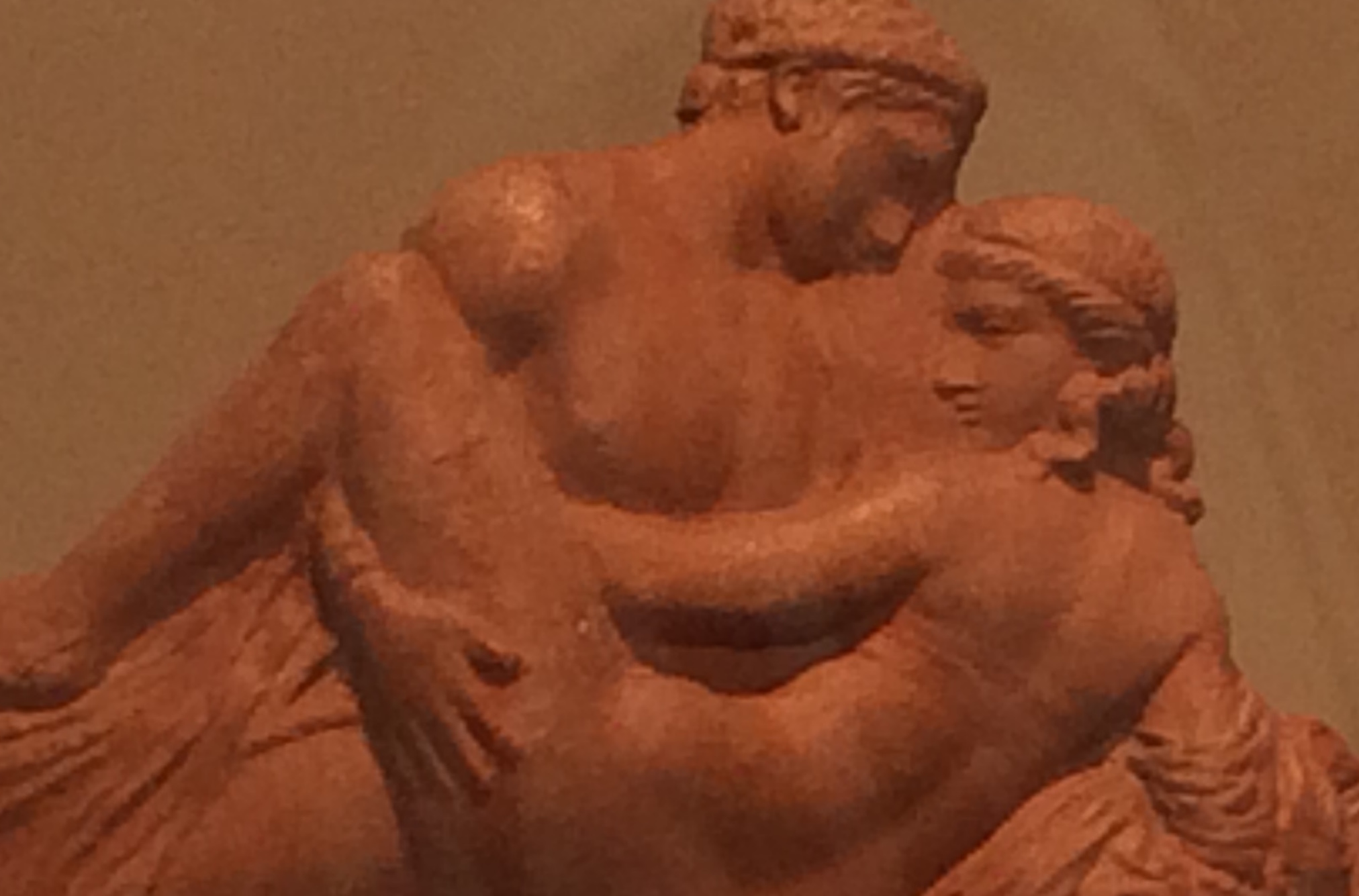 Photo: mine. Please do not reproduce without permission. (Collection Altes Museum, Berlin)

It’s tough when the only arena in which you might hope to experience intimacy (or its fantasy-laden pastiche) is a transactional one. Some powerful men will, quite purposefully, sing a siren’s song to one’s doubting inner voices, a song that promises success, wholeness, joy, that says “I can give you all this…“. Attention, flirtation, the promise of success: narcotics for a young woman with a shaky sense of both herself and her worth. It’s hard to say “no” to all of that. It’s hard to say “no” to someone you idolize, who is powerful, who says he’ll help you, who convinces you that he thinks you’re talented and sexy and brilliant. It’s hard to say “no” to the attentions of a powerful man when you, as a young woman in a far less advantageous position, feel you need those attentions, and you need to accept them to climb the ladder of success. You don’t recognize you’re being groomed because you don’t have the tools for that, much less to refuse and walk away. And even if you do recognize the predatory nature of the attention, what “choice” do you actually have? Would it be right to call it “consent”?

The use of that word has been widespread in today’s online discussions. I take particular issue with its misuse because it begs the question: from which environment — mental, emotional, intellectual, societal — does that consent arise? From which vantage point? From whose history? From which influences? A woman’s history with that word, and its power in her life (to say nothing of the culture in which she was raised), may have taught her to think of it in ways that are the precise opposite of its true meaning and lived application, thus leading to a deep internalization of patriarchal notions of power – who holds it, why, how. So I ask again: whose consent? In what spirit was such consent made and given? Was it even a conscious decision, made with the full faculties of reason, rationality, maturity, and experience? “Consent is consent!” some may argue, “Stop twisting things!” 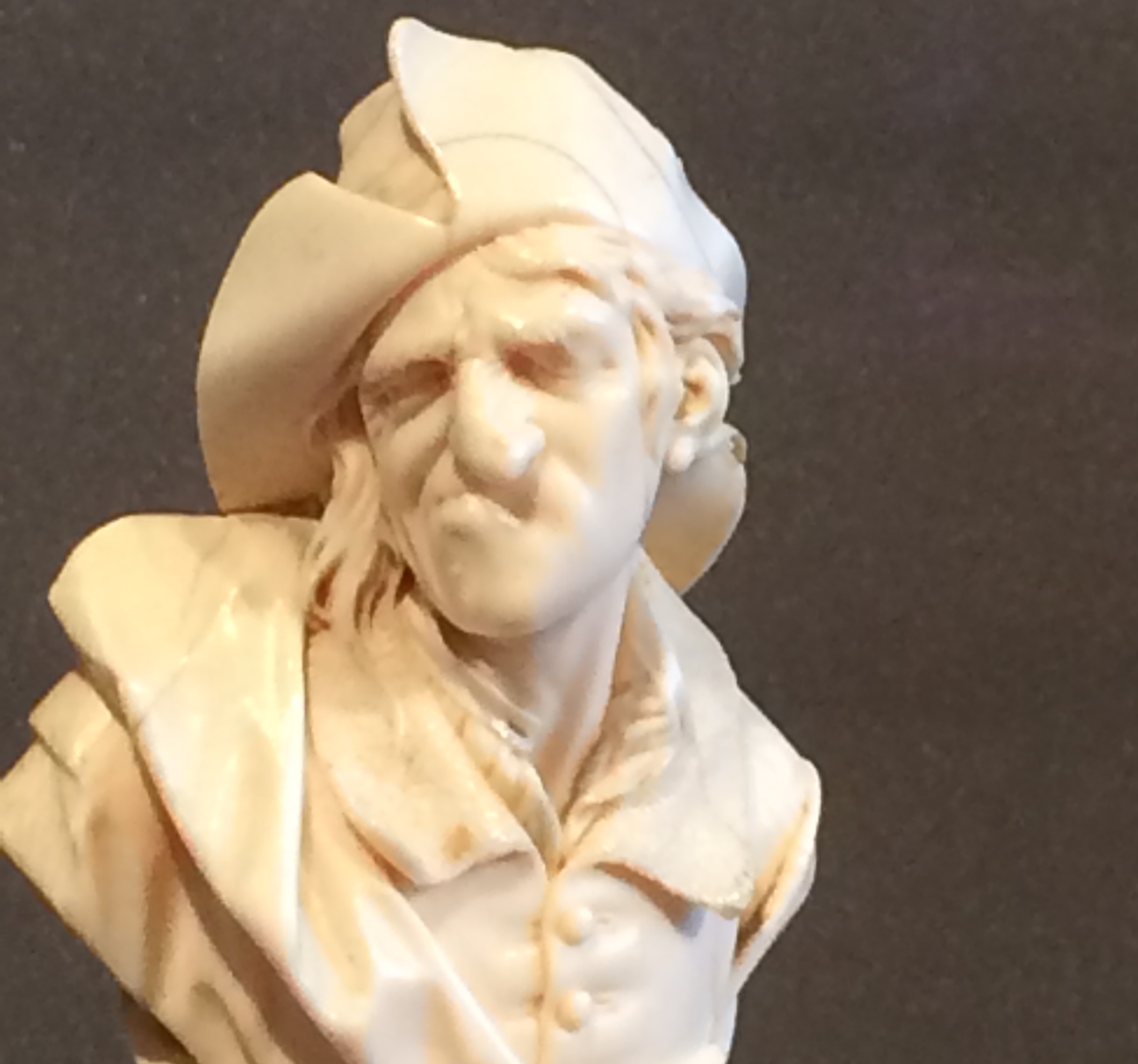 Photo: mine. Please do not reproduce without permission. (Collectiion Bode-Museum, Berlin)

But the situation itself is twisted, because current ideas of who holds power and why have been internalized to the point of a total blindness that does not and literally cannot allow for empathy (which extends to much of the current political discourse as well). The perception of what true consent actually is, in and of one’s self, is (and was) a ridiculously complicated (though it shouldn’t be) matter when one is starting out in a notoriously difficult industry which, in itself, is adverse to change and evolution. A woman may be “consenting” because she feels there’s no other path. She may be “consenting” because she truly believes this is just how things are done, and have been done, in the industry. She may “consent” because she was raised in a culture that says men are always horny, always the boss, and always have more power than you. She may be “consenting” because the idea of courting rejection from someone she idolizes is too painful to bear, her sense of self being so closely tied up and twisted with the person she’s presented – and it may well be career suicide to say “no.” From what I’ve read today there are a number of people who simply don’t comprehend the vast power of someone like Placido Domingo – though there are just as many who do; there isn’t real “choice” in dealing with someone who has sat so high, for so long, on the throne of his own classical kingdom. Failure to recognize this constitutes the worst form of ignorance, willful or not. The exercise of choice within such a context is illusory at best. A powerful man can sometimes be very clear about the sex-in-exchange-for-opportunities thing, and so a young woman’s choice (so-called) between offering sexual favors to ascend professionally, and not having any professional opportunities at all, is hardly a climate in which any human should be expected to operate. It certainly isn’t one in which the notions of choice and consent can be freely exercised. 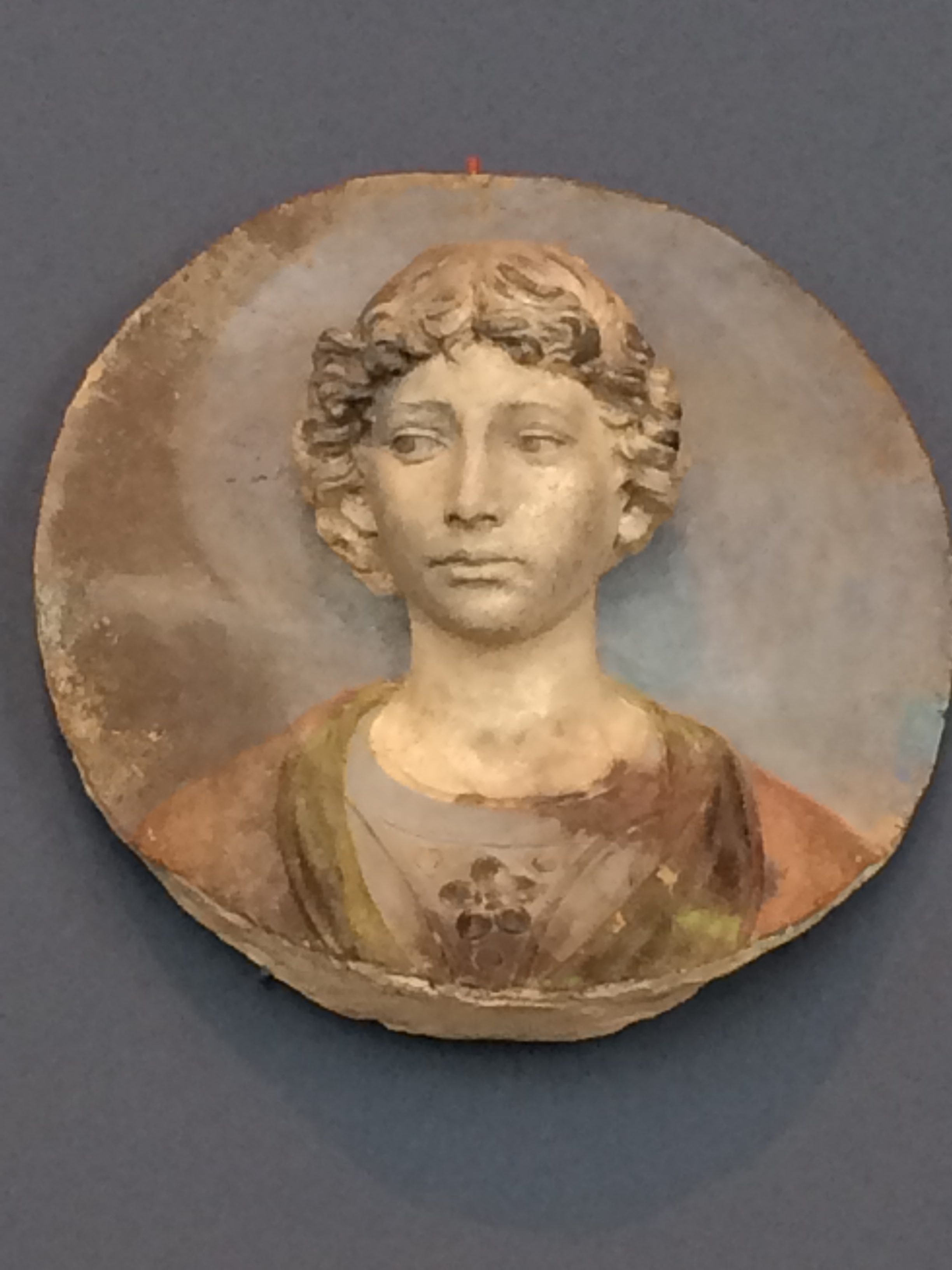 I want to believe that human evolution is moving far past a place where sexual transactionality within the classical industry is perceived as normal and fine and even (good grief) empowering for women. I believe serious damage – creative, emotional, spiritual – is being wrought through the perpetuation of a casting-couch culture, a damage only felt decades down the line, as women face the fallout of their perceived choices, ones made for reasons wholly unconnected with true advancement. New worlds are opening up as more people feel emboldened to come forwards and say: I don’t accept this as our system. This is not the key we should play in; this is not the aria we should continue to sing. This tempo stinks; let’s rewrite the whole thing together.

It takes a lot, to risk saying this in public, much less living it –to risk being perceived as a flake, a golddigger, a finger-wagger, an apologist, a malicious figure of angry embitterment. One must continually acknowledge that we operate within a system that’s been set up with the most strict and narrow conventions (of race, sex, opportunity), but we love the classical arts enough to push for change. It is a risk, and  areward, to be truly heard, seen, recognized, accepted for who one is, without the thousand masks we wield on a daily basis to please our respective audiences. To the ladies who spoke up: thank you, and encore.