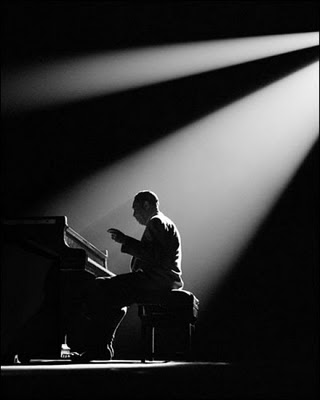 A lot of people whose work I adore passed away last year.

Abbey Lincoln’s voice was the second female jazz voice I ever heard, the first being Ella Fitzgerald. Her mix of sexy and mournful, expressive and restrained, operatic and plaintive, all wrapped up in a deep caramel tone, stopped me in my tracks at seventeen. When everyone else was moshing to Nirvana’s “Smells Like Teen Spirit”, I was lying on the floor of my bedroom sighing to Abbey and her masterful recording of ‘Bird Alone’.

Lincoln wasn’t solely a singer; she acted in film and TV, and was especially active in the civil rights movement. Equally, Lena Horne, who passed away in 2010, was well-known as a singer, actor, and civil rights crusader. She blazed a trail for people women like Halle Berry; Horne was smart, tough, and ridiculously talented. Her voice always had a sexy smirk that makes listening to her recordings joyful and dramatic- but behind the smirk was (and lives) a resolution and confidence as strong as steel. Horne was a siren, in every sense, and she knew it.

Every bit as joyful is the work of jazz pianist and educator Billy Taylor. He was a vital figure who felt compelled to make jazz more than a brew of pretty sounds -who, in fact, viewed jazz as America’s cultural legacy and gift to the world. I took for granted just how influential he was, how vital a figure in broadcasting and education -and just how many recordings he’d actually written and been on. His Jazzmobile idea was genius, and one could argue it has a corollary in the work John Legend is doing with Show Me. In fact, Legend calls education “the civil rights issue of our time.” His work with The Roots (“Wake Up!“) suddenly begins to make a lot of sense on both sonic and social levels.

I came across this fantastic clip of Taylor chatting with Charlie Rose; his comments around the role of music in his life are illuminating, and, like his work, continue to inspire.

“Quiet” is probably too mild a term to use when describing my public adoration of jazz and its role in my life; looking through old posts and other work, the silence is positively deafening. Why? There’s a perception that enjoyment of jazz implies an intellectualism I feel totally bereft of. I don’t get out to see a heck of a lot of live jazz -though it’s my favorite music live -and I know very few people with whom I can share my love. As a child piano player in the Royal Conservatory System, the thought of improvising scared me to bits, even as it thrilled and fascinated. Kind of like the way I feel about painting now.

The passings of Taylor and Lincoln last year were wake-up calls to announce, and express, my love to the world -love of jazz, love of noise, love of motion, love of integrating all my artistic passions. The outcome? Unclear. The process? Delicious.