Traveling is a very special thing made all the more special when done in the service of a passion.

As I alluded to in my last post, I journeyed through parts of Germany, Belgium, and France this past January and February, on what I came to refer to as my Mid-winter European Opera Jaunt. It wasn’t a conscious plan, but, as more and more opportunities for attending interesting things came up (all within the highly doable, intimate geography of Western Europe), the more it seemed wrong to pass them by.

There were many memorable moments, and also a few missteps. The Gospel According To The Other Mary premiered in Los Angeles in 2011, and a finalist for the Pulitzer Prize for Music in 2014. A kind of oratorio-opera hybrid integrating various original texts from Louise Erdrich, Dorothy Day, June Jordan, Hildegard von Bingen, Rosario Castellanos, Primo Levi, Ruben Dario, and the bible, the work focuses on the mythology of the Magdalene and her feminist influences and underpinnings. The series of performances (three in total) was made special by the coming together of librettist Peter Sellars (the first director to take a residency with the orchestra for the 2015/2016 season) and composer John Adams (the orchestra’s first composer to take a residency with the BP). Sir Simon Rattle led a sparky Berlin Phil, with emphasis on the piece’s rhythmic qualities; the Maestro also worked to highlight the piece’s elegant lyricism, which was most clearly expressed through the countertenor passages, drawing stark distinctions between it and the score’s frequently jagged texture. I couldn’t help but feel, in listening and watching, that Sellars (whose directing work I greatly admire) desperately needed a dramaturge; the epic-aspiring Mary frequently felt unfocused and overlong, stuffed with too much exposition, too many ideas, too much sustained intensity that, as Adams’ rich (sometimes too-rich) score wore on, became exhausting to listen to. The last third, in particular, felt to me like a test of endurance, rather than the spiritual awakening I think Mary was meant to be.

As a performance space, the Philharmonie is itself far more intimate than what I was expecting. The excellent Digital Concert Hall (which broadcasts the BP’s concerts live online and has an incredibly comprehensive archive of past live performances and interviews for subscribers) makes it look rather immense, but I confess to feeling delighted at my spatial expectations being totally dashed once I entered and sat down. The hall, designed by Hans Scharoun and opened in 1963 (after a series of setbacks), provides a lovely sense of relationship not only with the orchestra and performers, but with one another as concert-goers. Works that have been performed here for over five decades take on a special (dare I say intimate) meaning, thanks to the Philharmonie’s cozy architectural design.

Not strictly an opera but an entertaining, theatrical work nonetheless, Stravinsky’s Petrushka, together with Ravel’s L’Enfant et les sortileges (a “Fantaisie lyrique”) were presented in a bright, vivacious production by Komische Oper. British company 1927 Productions brought the vivid visual poetry they’re known for to each work, creating a vibrant dance of animation and live action that exploded with color and movement, while highlighting the tragic, comic, and thoughtful points of the wildly different works.

Ravel’s L’Enfant, about a naughty schoolboy (its English translation is The Child and the Spells), was, by turns, comic, abstract, thoughtful, profound, and utterly delightful, with the entire cast giving bravura performances. 1927 are set to present the North American premiere of their celebrated version of Mozart’s The Magic Flute at Opera Philadelphia this September. I’ve never been to Philadelphia, but this is an awfully tempting reason to go. The trippy production, while delighting the eyes, offered a wise sonic reminder of the jaunty rhythmic underpinnings of each work; conductor Markus Poschner led a sprightly reading of both scores, one that beautifully complimented the gorgeous visuals, note for note, while maintaining a deft audio poetry. In all frankness, I’d dearly love to see this production in North America, sooner than later; it feels like a truly wonderful introduction for opera newbies, and a gorgeous reminder of the wonder of the art form and its myriad of theatrical possibilities for longtime fans.

Equally whimsical was Opera National de Lorraine’s colorful production of Il Matrimonio Segreto (The Secret Wedding) by Dominico Cimarosa. Originally done at Opernhaus Zurich in 2014, the opera buffa (which premiered precisely 225 years to the night I attended, on February 7, 1792, in Vienna) is a soapy farce that bears comparison with Mozart’s Le Nozze di Figaro (The Marriage of Figaro), though is based on the English play The Clandestine Marriage. Director Cordula Dauper underlined the trope-like nature of the characters, presenting a cartoonish vision that was neither historic nor contemporary, but cleverly played up some of the work’s relational underpinnings while adding hints of commedia della’arte and soap-opera farce within a dollhouse framework. Particularly notable were the scenes between the secretly-married Carolina (soprano Lilian Farhani) and the determined Count Robinson (bass Riccardo Novaro), who, though ostensibly caught in a battle of Pepe-le-Pew-style interest/disinterest, was presented as a kind of sexual (and I’d argue, emotional) awakening for each character; this added dimension made their scenes, with one another and with Carolina’s respective paramour Paulino (tenor Anicio Zorzi Giustiniani) and father Geronimo (baritone Donato di Stefano) all the more rich and intriguing. Conductor Sascha Goetzel led the Orchestre symphonique et lyrique de Nancy orchestra in a zesty reading of Cimarosa’s deceptively complex score, underlining the poetry amidst the jollity, and thoughtfully (if purposefully) leaning into its small, lovely corners.

Last but certainly not least, Opera Royal de Wallonie’s beautiful presentation of Berlioz’ La damnation de Faust was deeply memorable on both musical and theatrical levels. Director Ruggero Raimondi framed the work around the human costs of the First World War, contrasting, in the profoundly affecting Hungarian March scene, country people (singing of “Landerida” and the simple joys of life), military elites, and arguably, a dour authoritarianism hanging over the whole scene. Using a sparkly scrim spread across the stage for video projections, images of devastation (snaking lines of trucks and ragged marching troops; a disembodied hand, with fingers reaching up like broken roots; the face of a dead soldier peering, ghost-like, through layers of mud) offered an uncomfortable contrast to the triumphal sonic nature of the march (to say nothing of its overall historical associations), deflating the piece’s machismo but deftly avoiding any blatant didacticism. Rather than being heavy-handed, the contextual framework added an intriguing (and quite timely) depth to an abstract work, which is known largely through its in-concert presentations. Le damnation de Faust engaged both head and heart, exploring the effects of war, the role of spirituality, and the transformative nature of real love. It also featured some truly gorgeous singing from its talented leads: baritone Laurent Kubla (Brander), mezzo soprano Nino Surguladze (Marguerite), bass baritone Ildebrando D’Arcangelo (Mephistopheles), and tenor Paul Groves (Faust; interview is coming soon). If you love French opera, the Faust myth, or are just plain curious, Culturebox has a link of the full performance it broadcast live online on January 31st. Even without English subtitles, it’s worth watching, and re-watching; this is some of the most beautiful music ever written, to my ears. Sighs of bliss guaranteed.

Next on the opera-going schedule: New York City, specifically four operas at The Met this weekend. I’ll also be presenting plenty of question/answer exchanges as well as audio interviews with various artists in the coming weeks. 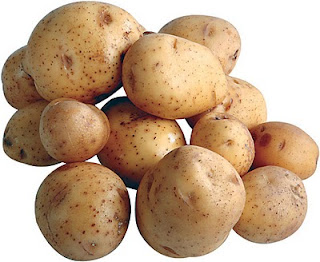 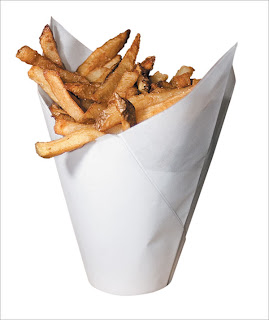