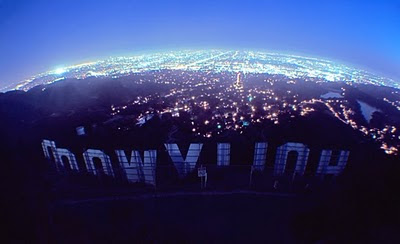 Amidst the ritz and glitz of the Oscars tomorrow night, I’ll be thinking back to my favorite movie-going moments. When I was a real cinophile -and I was, believe it or not (my degree in Film isn’t for naught) – I’d make a point of going out to see each and every film nominated in nearly every category, with writing, design, and editing being favorites. I remember leaping out of my skin with joy with Eiko Ishioka won for her beautiful, sexy costumes for Dracula; I loved those outfits so much I bought the accompanying film book, complete with sketches. When I saw Sleepy Hollow, the first thing I noted afterwards was its incredible art direction; I predicted then it would win in that category, and sure enough, Rick Heinrichs (art director) and Peter Young (set decorator) were awarded well-earned little shiny golden men.

Last year when I saw A Single Man, I was so moved, I literally couldn’t bring into words the beautiful combination of dialogue, cinematography, and music I experienced while watching it, but I was sure Colin Firth richly deserved an Oscar for it. I was also sure he wouldn’t win.
The nuts-and-bolts aspect of filmmaking has always fascinated me, if somewhat intimidated; it takes a lot of skill to write a compelling story and flowing dialogue, come up with a perfect visual palette, and put those pieces together just so in order to tell a good story. As the superstar hype and fabu-celeb idolatry has become entrenched in the last decade or so (hello internet, I love you, but…), my interest in films and the art of making them has somewhat waned, and these days I’m more likely to watch documentaries or classic films than contemporary fare. That’s not to say I think the stuff out now is crap – I’d love to see True Grit, The Fighter, and especially The King’s Speech -but the hype puts me off. Maybe it’s the move to middle age, working in the entertainment industry, or a cynicism that’s gradually entrenched itself into my perspective. Maybe it’s too much BBC and not enough Cookie Monster.

The Hollywood we’ll see tomorrow night on the red carpet -in all its floor draper, shoulder-baring, spray-tanned, primped-up glory -isn’t the reality, and everyone knows that, and no one cares. And really, it doesn’t matter anyway. What matters is celebrating the image we’re being sold. On a personal level, that parade of glitz and glam wasn’t why I fell in love with movies. The dance of light, shadow, colour, and texture with words, sounds, tones, and finally, silence is, and will always be, magical.