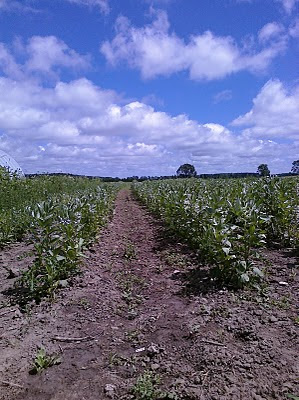 Ironically or not, the term “local” has come to mean a number of things, especially when it comes to food. The word “local” is generally defined as “close by” -but in what context? And to whom?

I pondered these definitions as I took a gander recently to a farmers’ market near to where I grew up. Only one -yes, one -producer had a sign up stating where their veg & fruit comes from: Clement Farms, in Newcastle.

“I’m really glad you have that up,” I remarked to an individual guarding the cherries.

“What do you mean?” he inquired.

“Well… ” I hesitated, worried I might sound snobbish, “aren’t farmers’ markets supposed to be local?”

I walked around the rows of farmers and their goods, and the whole thing struck me more as an exercise in feel-good-ism than a chance to educate people about food issues. I want my farmers’ market to be more than an outdoor produce section, and this one isn’t. It isn’t difficult to find eager local producers to be part of the market, either -numerous food groups exist and maintain active websites and online presences. Maybe I’ve been spoiled by better markets with more conscientious farmers, artisanal food producers, and super-cool suppliers. 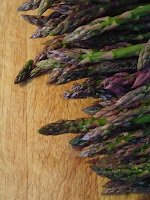 Having bought potatoes, tomatoes, & the last of this year’s asparagus (the latter proved perfect for soup) along with cherries from Niagara (which, taste and texture-wise, definitely beat those horrible woody things from California), I walked off still thinking hard about what local means, and whether caring about its definition is the oeuvre of food snobs, or good, simple common sense.

This internal debate about “local” came up a while ago, when I had a beautiful dinner at a restaurant located in the eastern end of Toronto. The gorgeous, white-and-wood-toned room is not exactly in the most culinary astute of areas; it’s located in what we Torontonians call Greektown, meaning there’s lots of souvlaki, dolmades, and flaming feta to be had. That stretch of Danforth Avenue has experienced a kind of renaissance the last few years, as other cultural tastes moved in -you can find Thai, Indian, and vegetarian restos along with the Greek stand-byes. But fine(ish) dining, with a big dollop of Locavore? Not so much. Not until The Local Company. 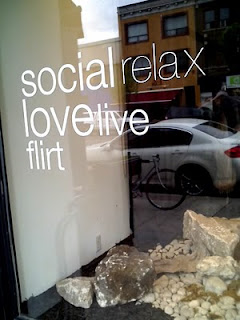 From the looks of their Facebook page, it’s being promoted more as a Danforth party spot than a place you’d go for a fine, inspiring meal. But that’s just what a companion and I enjoyed a few weeks back. I wrote a review if you’re curious about the meal details. (Addendum to that: I still dream about the flavourful goat cheese appetizer and the moist deliciousness of the chicken main.) Tomorrow, I’m posting my interview with The Local Company’s chef Trevor Middleton. I think his answers will surprise and delight. That definition of “local” means a lot of things to him, mainly involving the cultivation of relationships in the immediate community, which is certainly refreshing to hear in this age of TV-star chefs and kitchen egos.

I’m still not sure what “local” means, or why it has to mean so many things to so many people, or why it’s so hard to find actual, local food in outlying areas. I’ll post more thoughts on this in the coming weeks, including Chef Jamie Kennedy‘s reactions when I asked him about it on the radio recently. In the meantime, look out for the chat with Chef Middleton a demain.

In the meantime, have a delicious Monday.