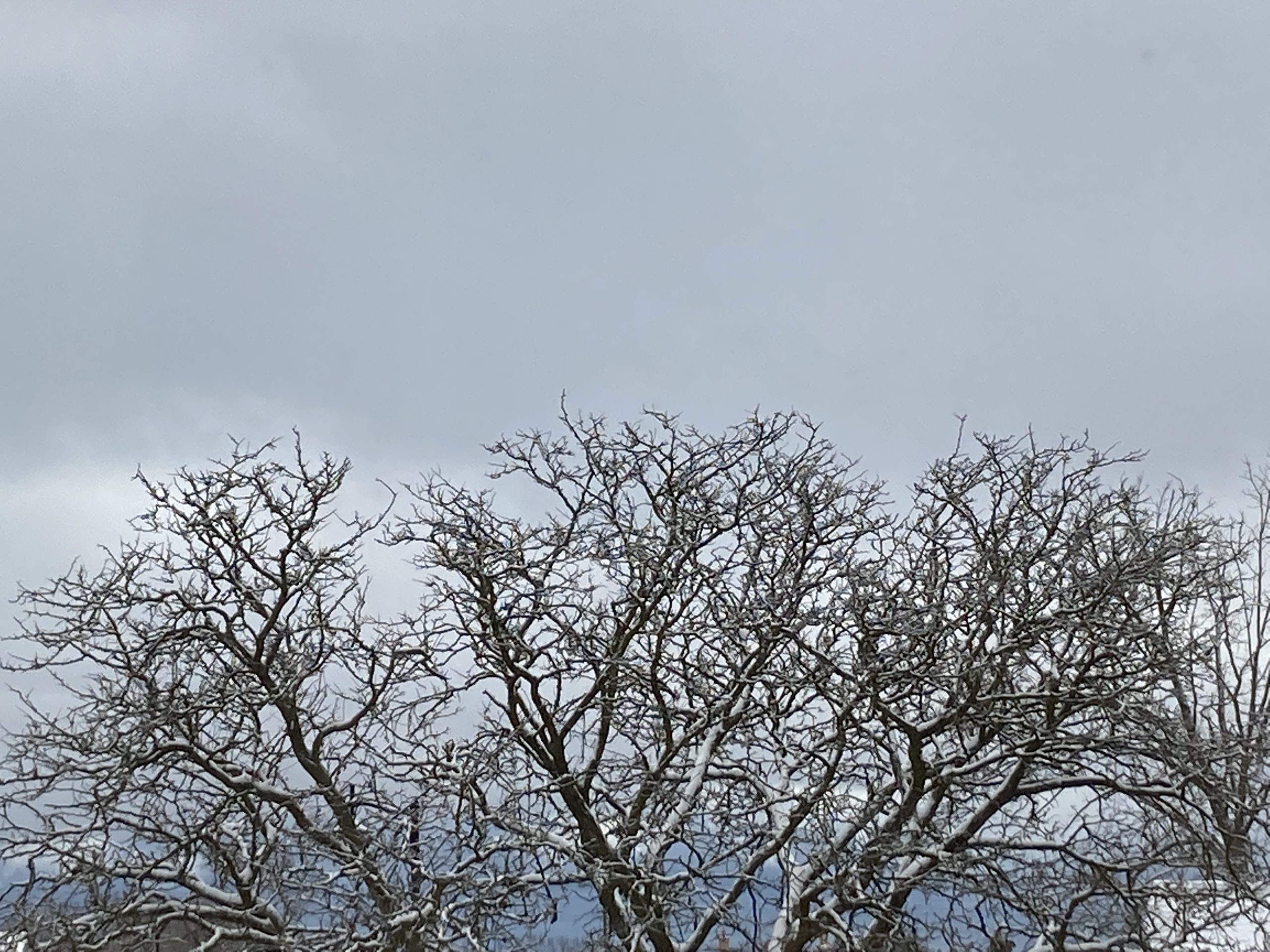 The idea of vision over visibility is a good one in theory but is challenging in practise, as many in the classical world are realizing. Not having pushback from a team of colleagues and peers has meant longer wait times for the vaccine of varied perspectives. The recordings of Schnittke, Schoenberg, and Shostakovich (my COVID trio, I call them), together with the online lectures and live streams only go so far in providing alternatives. Maybe it is as P. D. Ouspensky suggested in In Search of the Miraculous, that “(t)here are a great many chemical processes that can take place only in the absence of light.” Perhaps there is value in sitting in the dark, but can be so painful, so lonely. We (I use the royal classical “we” here) are pondering our role(s) within the greater social milieu of life, loss, survival, and resilience, even as we try to survive and keep visible to someone, anyone. The notions of presence and absence are stark amidst the current socio-cultural atmosphere; more than one observer noted, for instance, the lack of classical artistry at the inauguration of U.S. President Joe Biden. At a time filled with calls for social justice (notably via the Black Lives Matter movement) and greater opportunity, what can we, as a classical community, actually do? Just who and what we are serving?

Even as there is removal, there is renewal, and that, surely, must be some form of grace. Barbara Hannigan was one of the many people I interviewed in autumn 2020, as a recipient of a 2020 Opera Canada Award., We spoke shortly after the launch of Momentum, an initiative pairing established figures in the classical world with young artists; the need for such a project is, of course, greater than ever. Hannigan decided to launch the project because as she explained, much as young artists were grateful for the guidance provided via her other initiative (Equilibrium) early on in the pandemic, what they really wanted were live opportunities to practise their craft. She said something during our nearly hour-long exchange which I find hauntingly profound:

My desire in life is to be of service, and I found the best way I could be of service is through music. I would be perfectly happy if I was really good at teaching, or really good at preaching, or whatever the case might be – I would be happy to do those things as well. I just like being of service, and it just so happens that music is my medium, but at the core of it is vocation; I have to have that. I think that’s why I was so into contemporary music, it was, or is, a vocation for me. I knew when I started out that it needed someone to be its voice, someone to advocate for it, or for them – for the composers and modern music in general – and I knew that I had this gift for modern music, that I was smart with this kind of stuff, and I thought, “Okay, that’s my calling; I have to do that. I’m good at it and not many are good, and not many like it, but I like it… I really like it!” It wouldn’t be of service for me to go sing Traviata or Bohéme and to have developed my instrument to just do those things, or Queen Of The Night; there’s enough people doing that. So looking back, I understand how my path took the curves it took.

This autumn I began a new position teaching first-year university students in a Media and Communications program; that ended in December, with a real sadness at bidding farewell to the many I felt I’d grown to know over the months, ones who emailed words of gratitude in the days that followed. I welcomed another group of students earlier this month when my seventh consecutive year teaching radio documentaries began. Though the overall tenor of this group is very different (final-term radio students tend to be boisterous than their first-term writer-colleagues), both experiences have called to mind Hannigan’s idea of service in this, the annus horribilis, and it might be said, the annus digitalis. Faces on screens, or not even that but disembodied voices, are now a norm, not an exception. My experience teaching piano, which I did for close to a decade, was carried out one-on-one, during a far more analogue era that necessitated physical presence for actual instruction. The experiential performance is missing, and one comes away feeling more alone than ever. 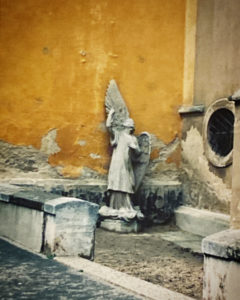 That idea – performance – is, or can be, a loaded concept. To say someone is being “theatrical” (or “performative”) is a form of insult in the English language, as if the theatre is a vehicle for deception, a heightened reality that is not real in and of itself. Yet the sort of performance inherent to (good) teaching, for instance, is authentic, because it is a true presentation of self which threads together entertainment as much as enlightenment into a unique (and hopefully inspiring) blanket. In a very good interview with The Atlantic, Teller, who is the silent half of the magician duo Penn & Teller and a former high school Latin teacher, tells writer Jessica Lahey that “no matter what, you are a symbol of the subject in the students’ minds […] That’s what affects students.” True, though some of us educators are affected as well, especially adjuncts whose teaching pursuits are but one piece of a very broad and varied mosaic. Many classical artists teach, and many feel there is no chasm between self and subject matter; one simply is – what one not only teaches, but what one performs, listens to, sings, plays, reads… hears, sees, smells, touches, tastes; to borrow from Hamlet, the awareness is all.

In that same Atlantic feature, Teller echoes my (long-held) feeling that Shakespeare’s works should be seen before they’re read, echoing Tolstoy words in What is Art?, that “one cannot judge the works of Wagner without having seen them staged.” (More on Wagner in a future post.) This immediacy of the experience of art is a crucial step on the path to  service because it requires a real presence – but that presence has to be tempered in order to function at optimal capacity. Teller alludes to Francis Fergusson’s important 1949 work,  The Idea of a Theater: The Art of Drama in Changing Perspective:

Thus immediacy only happens through a balance of elements: passion and intellect, showbiz and high art, yin and yang, dark and light (rock and roll, though perhaps “roll and rock” is more appropriate; the “roll” part seems to have gone sadly missing of late). Such balance brings the most memorable and challenging (and sometimes important) art to life. Balance brings subject matter alive for students; Peter & The Wolf is followed by the music of Sigue Sigue Sputnik in my classes, and that’s precisely how it should be.

What is so frustrating, again, is the lack of live human engagement. I can’t see anyone, therefore this cannot be the performance I intended. This cannot have the effect I would wish it to have. I don’t know how much I am affecting you (or not). It’s hard to feel I am being of service right now. Why am I doing this, beyond the money, really? Humanity, for all its droplet-spewing imperfection, comes in many different shapes, forcing many different questions, prodding at our self-worth and asking us to up our game in the stakes of artistic endeavour. This COVID time has forced contemplations within the classical community which point at absence (absence of money, absence of opportunity, absence of others)  – but also a new, delicate presence composed of a heretofore unseen, unheard, unrealized capacity for creativity and curiosity. Aldous Huxley writes in The Divine Within that “(t)he Order of Things is such that no one has ever got anything for nothing. All progress has to be paid for.” Along with physical work, some of that payment involves (to paraphrase Ouspensky) sitting for lengthy periods in the absence of light, and allowing all those potent chemical processes to occur the way they need to. The past ten months have revealed, personally, a path littered with notions of worth and validation, strewn with perceptions of authority and power; a great many have been slotted in to the position my mother held up to her passing in 2015, of providing (or more frequently withholding) approval, validation, acceptance. It has only been through mandated isolation  that such a realization has come, that a clearer view of patterns, like Socrates’ shadows on the wall, have been seen. I’ve given myself permission to walk, carefully masked, outside at last. 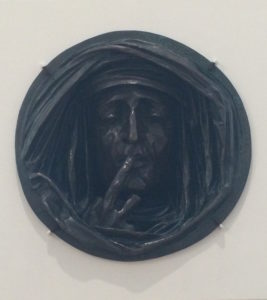 Perhaps this is where the classical community, need to go – outside. We can’t be of service if we stay inside, fretting on a return to “normal” that is months, possibly even years, away, or may never indeed return at all. Our listening has changed, our experience of music has changed; we have changed – I hope we have. Questions need asking, and require real work to cultivate, if not answer entirely: where have we failed? What can we do better? How can we be of service? COVID has taken (and continues to take) so very much; if there is something it gives us in return, let it be a new presence, forged, like a new and better Ring, in the fires of an old world that needed to be released. We are here to give a performance in which we must get our hands dirty. Time to roll up our sleeves; the readiness is all.

“There Are A Lot Of Wagners”: A Chat With Authors Mark Berry And Nicholas Vazsonyi